Anyone Else Loving All The Rees-Mog Memes ?

Full disclosure I am not a fan of Joseph Rees-Mogg. If you want to know why a few examples include

As you can see Jacob Rees-Mog is a giant Douche, a hipocrit, a father who is to lazy to change a nappy and lets face it an utter liar. He is not fit for the office he holds and unfortunately many still love and support him – though for the life of me I do not know why. Still on Tuesday night the ponce made a little slip up, He was caught being well what we all knew he was, uninterested and lazy at his work as a politician. Too his critics, and there are many, they where calling it a “physical embodiment of arrogance, entitlement, disrespect and contempt for our parliament”.

So no one told you life was going to be this way. #brexitmehole pic.twitter.com/RAgBq7PJ7a

Of course leave it to the Scottish to take things up a notch my projecting this onto the side of Edinburgh Castle. 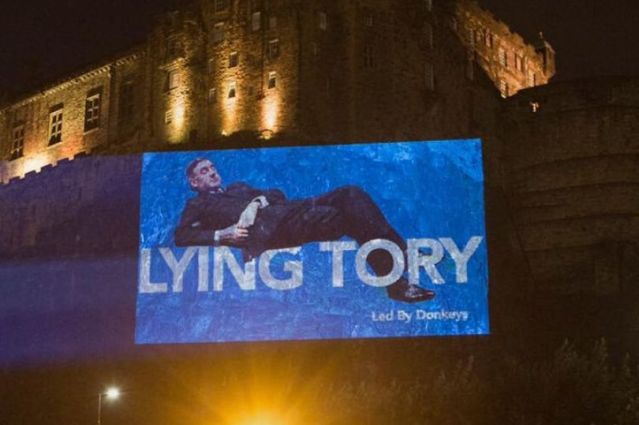 You are magnificent bastards and you all have my respect, unlike Rees-Mog.