When it comes to new television Shows to watch Netflix has truly been a God send, its allowed me to come across quite a few interesting finds, one of these was Van Helsing.  Van Helsing is a truly underappreciated show, it’s one that’s a slow burner, but once that intensity ramps up things get pretty crazy. In a world of post apocalyptic zombie shows, Superhero TV and sexy vampires Van Helsing takes aspects of all three and gives you a kick ass female lead going up against a post apocalyptic vampire filled world. It’s pop culture at its finest but more than that it’s a truly grim tale that really sucks you in and every harsh moment will have your eye balls glued to the TV screen lusting for more.

The series follows Vanessa who after waking from a coma finds the world she knew torn down, her daughter missing and one lone soldier guarding her, from here she leads a rag tag group of survivors in a desperate bid to live. I know this seems to be a running theme with my articles of late but I find it a real strength that not only is the lead female, but they never make a deal out of it, after all she isn’t our first female vampire slayer, they just let her be her and that I think really lends to the series. Also they never go out of their way to ‘sex’ Vanessa up with skimpy clothes, they just let her be her kick ass self. The series has plenty of twists and turns to keep even the casual viewer hooked, mix that with some great practical affects, a look at humanity in the throws of its darkest tendencies and of course some frantic fight sequences, this is a brilliant show that won’t disappoint. 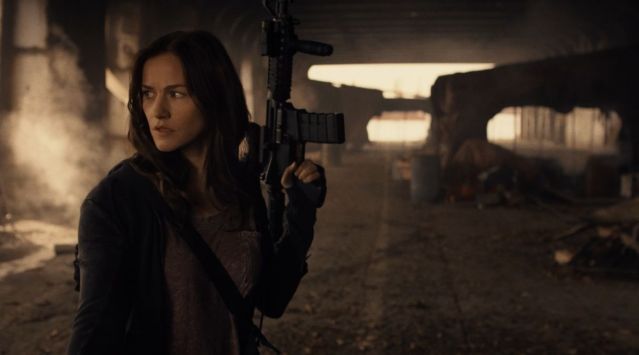 For the initiated season 2 looks to have had a definite upgrade, we will see different vampire sects, showing that not all want to rule us the same way, while seeing new groups of humans, including a group of sword swinging badasses who have trained their whole lives to hunt vampires, new cast member Missy Peregrym will be playing one of these hunters, in the guise of Scarlet. 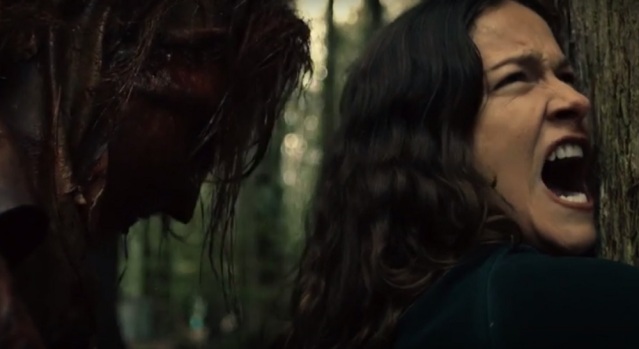 One of the returning characters will be fan favourite Sam, whom I won’t mention too much about. This season Sam finally won’t have any reason to hold back and will embrace who he truly is, which should tie in with the promise of a lot more blood, for this season. Beyond this we have been teased some information about other returning characters Julius is apparently kind of a Moma’s boy, Axel will now be a vampire and apparently a lack of sandwiches will make him very grumpy, Doc now with nothing will begin to truly come into her own and Dimitiri our antagonist see’s himself as a warrior poet of sorts. So it appears that all the cast are getting more depth which is fantastic now these fleshed out characters will be able to drive the story rather than have the story drive them. It looks like season 2 is going to be a bloody spectacle that’s for sure.

P.S Hope you all can forgive the puns