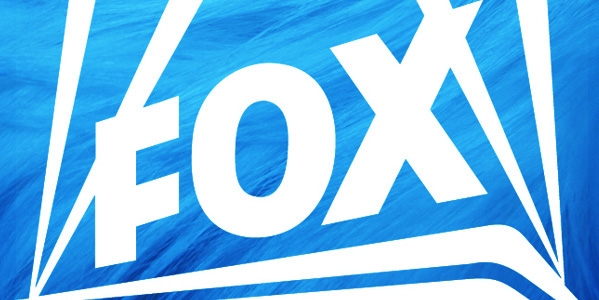 Fox really decided to raise the bar at this year’s Upfronts, bringing 5 fantastic promos and drumming up a lot of excitement in the process. Genre-wise, there was something for everyone, including 2 comedies, a medical drama, a sci-fi adventure and a superhero show.  Each one was unique and managed to stand out in its own way. And as you’ll notice below, none of them score below a 4 on our excitement scale.

What it’s about: A cynical skeptic and a genius “true believer” in the paranormal are recruited by The Bureau Underground to investigate “unexplained” activity in LA.

What we think: Adam Scott + Craig Robinson + X-Files Parody = pure genius. However, there felt like there was something lacking in this promo. Perhaps it was the heavy focus on setting up jokes (which to their credit were funny) or the lack of information on exactly where the show plans to go (I want more details about the paranormal entities). Despite this, the show still gets tons of points for concept and chemistry. Scott and Robinson play off of each other so naturally, but are also talented enough to work well individually. I’m perfectly happy with them being the comedy version of Mulder and Scully.

What it’s about: A family is forced to go on the run from a hostile government and join up with an underground network of mutants, when it is discovered that the children possess special powers.

What we think: From the promo, the show feels like a slightly younger version of Heroes, which in my opinion is not a bad thing. Stephen Moyer plays the HRG role, putting mutants in jail until he discovers that his own children have powers. His particular storyline had me interested, as I’m certain his former job will put him at odds with both his family and the mutants he seeks help from. If done right, it’ll make for one hell of a redemption arc. Amy Acker plays his wife, and I am a fan of any show that gives Acker a main role. The rest of the cast, including Sean Teale and Natalie Alyn Lind, looked great in the trailer and made me confident in the show as a whole. The special effects and action scenes were also brilliant; you could tell Bryan Singer directed. All in all, it’s a great effort from the Marvel team and from the promo, it looks like it will be their latest big hit.

What it’s about: Set on a Friday night flight from LA to Vegas, and the returning flight on Sunday, a group of underdogs set out to become a winner at the casino of life.

What we think: I only have one question. Why has Dylan McDermott not been made the lead of a comedy show before now? After years of starring in intense dramas like Stalker and American Horror Story, McDermott is making the move to more light-hearted programming. He seems to be loving every minute of it, and it shows. While the entire cast garner laughs in the trailer, he really stands out. But as I mentioned before, there are a lot of laughs to go around and the promo is hilarious from start to finish. In fact, there was nothing not to like about this promo, and I’m hoping the pilot will match its high quality.

What it’s about: Set 300 years in the future, a group of space explorers face cosmic adventures aboard their spaceship, Orville.

What we think: The best way to summarise this show: Star Trek meets Galaxy Quest. And I am all for that. With Jon Favreau directing, Seth MacFarlane writing and Adrianne Palicki co-starring; it looks to be a winning formula. Note: there was far too little of Palicki shown in the promo, instead focusing on MacFarlane’s character and his crew. However, the crew seems to be where this show’s strength lies, each member showing distinct, interesting characteristics in the trailer. Bortus, an alien from a single-sex species who only urinates once a year, was a particular highlight. There’s times during the promo that the show feels a little silly, but I think that may be the point and it did have me laughing throughout. Also, major props to the writers who came up with what I predict will be the most memorable line of Upfronts week: “We need no longer fear the banana”.

What it’s about: An idealistic young doctor begins his medical career under the supervision of a tough but brilliant senior resident.

What we think: Honestly, when I read the synopsis for The Resident, I groaned. It seemed like a yet another medical drama that I would never watch an episode of after the pilot. Yet, the trailer completely changed my mind. The cast really sold the show, with the chemistry between Matt Czuchry and Manish Dayal being a real highlight. While there are the usual medical tropes (tough mentor-naïve rookie relationship, bringing someone back to life using unconventional methods, accidentally killing someone, etc.), the series also seems to be shedding a light on the cover ups that can happen in hospitals which could make for an interesting watch. The show will have to work hard to stand out from other medical dramas but judging from the promo, it has a lot of potential.