Adult Swim Emojis including Rick and Morty are available now

Adult Swim, a division of Turner, announced today a free to download keyboard app now available via iTunes and Google Play that features over 150 Adult Swim themed emoji characters from the network’s popular shows such as Rick and Morty, The Venture Bros., Robot Chicken, The Eric Andre Show, and more. These will come in handy to share your love of Adult Swim favourite shoes with other fans and especially during next month’s San Diego Comic-Con International. Here’s hoping the Adult Swim offsite event will be back this year at San Diego Comic-Con International.

Basic cable’s #1 home with millennials for over a decade, the new Adult Swim Keyboard also features sharable soundboards and animated GIFs from the network’s colorful show characters. Known for their iconic “bumps” that run on-air, fans can also try their hand at creating their own with the new keyboard and sharing them with friends. How does it work? Check out this handy video 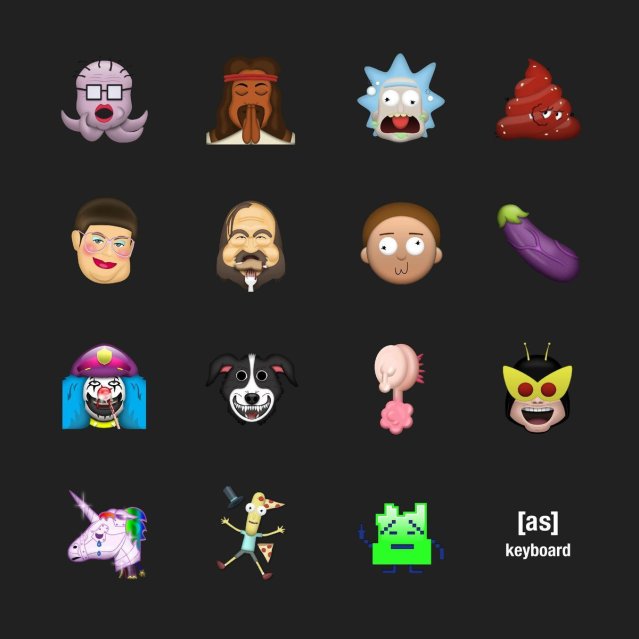