Did you miss an epsiode of Preacher or dare I say you have yet to see any episodes? Then catch up on the first 5 aired episodes on AMC this Thursday or if you live in the UK and have Amazon Prime you can watch in your own time. 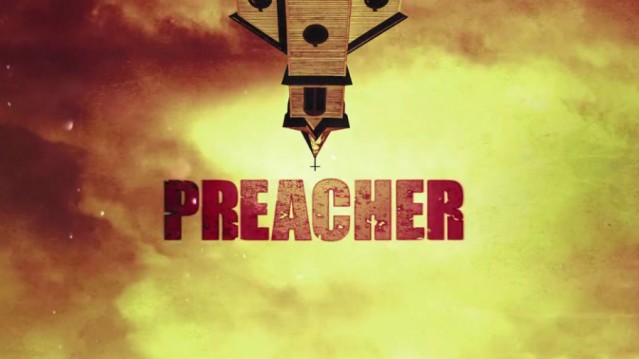 AMC will air a special marathon of the buzzed about series “Preacher” on Thursday, June 30th beginning at 9:00 PM ET/PT.  Fans of the series who can’t get enough and viewers who need to catch up on the action can watch the first five episodes of “Preacher” and enjoy bonus, behind-the-scenes footage within each episode. The new, sixth episode of the season appears on AMC this Sunday in the show’s regular timeslot at 9:00 p.m or for those in the UK it will be available on Amazon Prime next Monday 4th July.

Based on the popular cult comic book franchise of the same name, “Preacher” is a supernatural and darkly comedic drama that follows a Texas preacher named Jessie Custer who is inhabited by a mysterious entity called Genesis that gives him the power to make people do whatever he commands. 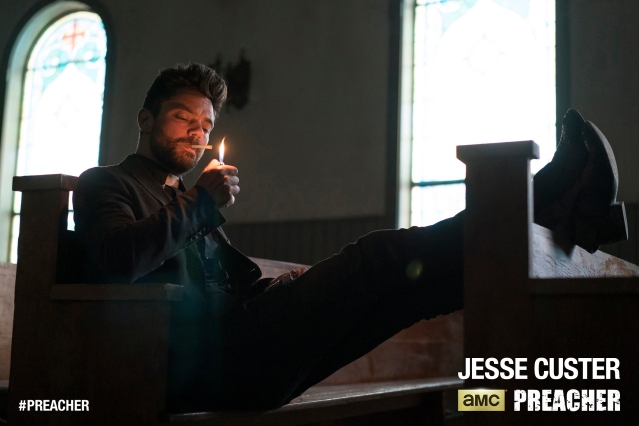 Once this power attracts the attention of two mysterious angels, Fiore and DeBlanc, Jesse, his badass ex-girlfriend Tulip, and an Irish vampire named Cassidy are thrust into a crazy world populated by a cast of characters from Heaven, Hell and everywhere in between.

Jesse struggles to escape a past that is slowly catching up to him. A mysterious entity comes to earth, leaving a wave of destruction in its wake. Written by Sam Catlin and directed by Seth Rogen and Evan Goldberg.

Jesse tries to be a “good preacher,” unaware that a mysterious duo is after him. Meanwhile we meet the enigmatic Cowboy. Written by Sam Catlin and directed by Seth Rogen and Evan Goldberg.

Jesse explores his newfound power with Cassidy’s help. Armed with new information, Tulip tries to convince Jesse to set out for revenge. Written by Chris Kelley and directed by Scott Winant.

Jesse makes Quincannon a bet he can’t refuse, Cassidy works to fend off the angels, and Tulip tries to bring justice to Annville. Written by Sara Goodman and directed by Craig Zisk.

After his stunt with Quincannon, Jesse is Annville’s newest rock star. Tulip and Cassidy connect, and The Cowboy makes a tragic decision. Written by Craig Rosenberg and directed by Michael Slovis.