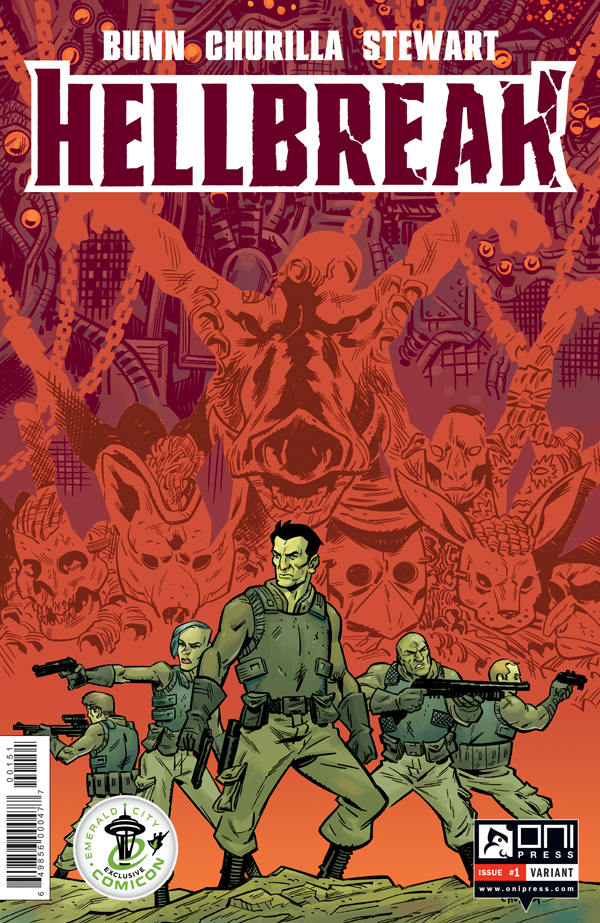 While at Emerald City Comic Con 2015 last month, I had the chance to get ahold of some copies of new comic book titles including Hellbreak. This one is pretty dark folks, it’s not for the people who like things comfortable.comfortable. The official Oni Press website sums up the themes of this story perfectly –

So the Catholic church is sercetly sending in elite teams to these hells to break out innocent souls that are having all forms of torture happen to them, told you this was dark. After reading issue one I am a little freaked out by their interpretation of hell. Think dark twisted masquerade ball, but that’s just one hell, so who knows what else we are going to see…

The story is great, I loved every minute of it, each plot point is so well done, it felt more like a TV series than a comic book. But this is a comic book, something you buy for the art work and here the art work is spectacular. On Earth the colours are dark but vivid, fitting with this dark tone, but within the hells the colour pallet changes dramatically with each page, some pages are hauntingly grey and others are screaming in greens and reds, it further differentiates between our realm and theirs.

All and all a great look at a topic that’s been done over and over again, think GI Joe meets Hell Boy, I mean this with the up-most respect. There really isn’t too much more I can say about as it’s only issue one, but I can see big things for this series.