Having attended the mtvU Fandom Awards last year at San Diego, during Comic-Con, I have a fairly good idea of what to expect from the upcoming mtvU Woodie Awards during the 2015 SXSW Festival.

Firstly, make sure to dress comfortably and appropriately; the 2015 mtvU Woodie Awards this year is set to air live, which means you and everyone else attending will more than likely appear on television screens across America on MTV from 9pm (ET) on March 20th, 2015. There will also be amazing on-stage acts and top-notch presenters including Big Sean.

Secondly, make sure to queue early to increase your chances of getting in as this event will undoubtedly be hugely popular this year.

Thirdly and most importantly have fun, this is what it’s all about. 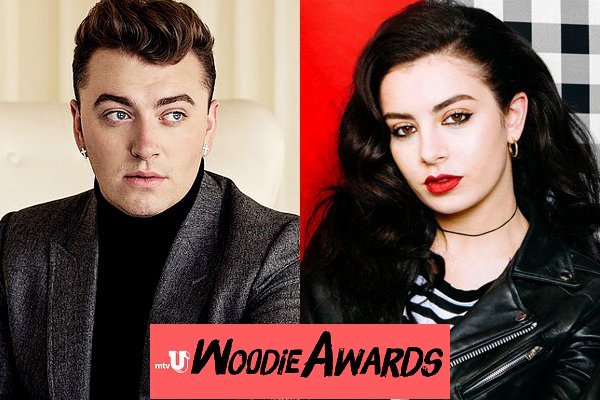 The nominees for the 2015 mtvU Woodie Awards include Sam Smith, who has come a long way since his first SXSW debut last year as a relative unknown. Fast forward almost a year later and after winning countless awards, including four Grammys and most recently the Brit Awards for British Breakthrough Act and Global Success at the 2015 Brit Awards, it seems like the sky is the limit for Sam Smith. He is sure to be the frontrunner to win the Woodie Of The Year (Artist of the Year) award at the 2015 mtvU Woodie Awards.

For the Best Video Woodie (Best Video of the Year) award, I think the frontrunner will be Beyonce with 7/11, the song is infectiously catchy and the video is simple yet effectively laid back. Beyonce is a creative genius when it comes to some of her music videos, who would’ve thought that the black and white music video of her and her two back up dancers for the song Single Ladies would have such a huge impact. Anyone who doesn’t at least know some of the lyrics and dance moves by now, must have hidden deep in a hole somewhere.

Fans can vote for their favorites at woodies.mtv.com, voting closes on March 10th 2015. Winners will be announced during the ceremony set to air live on MTV on Friday, March 20th from the 2015 SXSW Music Festival in Austin, Texas.

Needed a new wallet and decided to be a little different and get this @critical_role themed wallet.
I was kind of surprised to see this but the incredibly talented Hannah John-Kamen has been cast to play Red Sonja in the upcoming reboot. So if your into swords and sorcery I think you will enjoy. And if you are curious to see what the character is about the check out any of the current series by @dynamitecomics or check out Nerdgeist.com for some of our reviews.
Its new comic book day and @dynamitecomics have three more great releases. Some swords and sorcery, dark fantasy and a good old spy romp, whatever you want Dynamite has you covered.
My Tweets