In this unusual series, the story is focused on a hard-partying Los Angeles doctor. This doctor has a very specific clientele, the kind with a lot of cash and a lot of secrets. It’s hard to nail this one, think Entourage meets ER. It’s a show that I really want to see more of right from the pretty dark yet funny opening scene. The scene in question follows a very attractive couple doing cocaine, the whole time the woman tries to guess her companion’s profession. The reveal happens when the women goes too far and has a heart attack her suitor is then forced to resuscitate her using a defibrillator, in that moment we see that this is no ordinary doctor.

I like the premise of this series. Too often drug addicts are shown to be awful people, in Rush our protagonist is not a good man, but he is a loving person and has potential. He cares for those close to him and, to a certain extent, his patients. Rush is a flawed man who sometimes struggles with the work he does, but he knows it’s work that needs to be done. Not only does he need the work to fund his addictions but also if he doesn’t do it, no one else will. Portrayed perfectly by Welsh actor, Tom Ellis (Doctor Who and Merlin), Rush is a deep and torn person, but he is likeable and has his charms, not an easy performance to pull off but Ellis does it wonderfully. 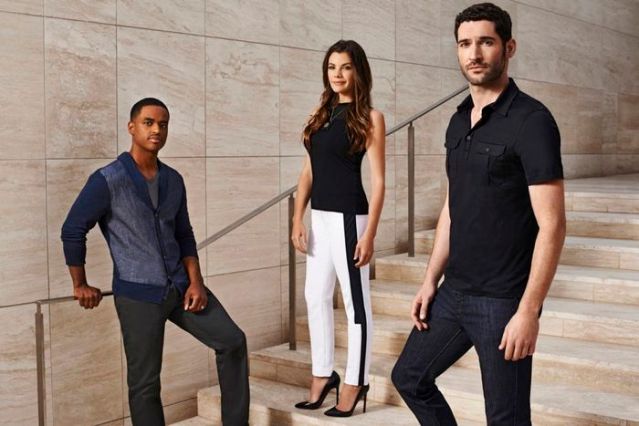 They say behind every great man is a great woman, in this case Sarah Habel (Party Down and Hawaii 5-0) as Eve, Rush’s loyal assistant, acts as both his memory and conscience.  I am still not sure why someone so nice would work for this man but I am sure we will find out as the series goes on. They have an excellent on screen chemistry together and their friendship will be one of shows great driving forces. Now, for the other women in the good doctor’s life, his ex-girlfriend Sarah Peterson (Odette Annable – Breaking In and Banshee), these two have a totally different onscreen chemistry, one that is explosive and will be a good watch. On a random note, her first ever role was in the excellent Kindergarten Cop.

The show has an unusual premise, a doctor who tends to the mega rich and the people that need work done discreetly. Whether it be something criminal, an abusive husband, a drug overdose or even an embarrassing sex injury, he will fix it, with as few questions asked as possible.

It’s got a dark undertone and having been filmed in a beautiful and sunny location it almost offsets the harsh realities of what he deals with. The series has potential and I am already hooked.