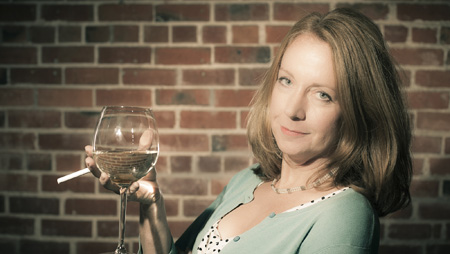 As part of the Ulster Festival of Art & Design, Sandra Scott, Executive Producer at Atomic Fiction, discussed her career in the film industry. It was held at University of Ulster, Belfast on Tuesday 11th March 2014.

Atomic Fiction is an innovative visual effects studio based in California. They create digital effects for today’s biggest blockbuster films and commercials. They worked on films including Need for Speed, Star Trek into Darkness & Transformers: Dark of the Moon. You can check out their showreel here

Sandra’s career first took off as Visual Effects Producer at George Lucas’ Industrial Light and Magic, most notably collaborating on ‘E.T.’ with Steven Spielberg. She went on to several senior posts, most recently Executive Producer / Head of Production at Digital Domain, and ImageMovers Digital. She has 20 years experience in visual effects, motion capture and feature animation, regularly running $10–$85M digital projects from inception to completion.

Sandra started the talk about the work she has done including E.T., The Mummy (1999), Harry Potter Chamber of Secrets, Harry Potter and the Prisoner of Azkaban and Star Trek into Darkness. Next she talked about how the company, Atomic Fiction ,she currently works at was born.

Atomic Fiction is the brainchild of childhood friends Kevin Baillie and Ryan Tudhope. 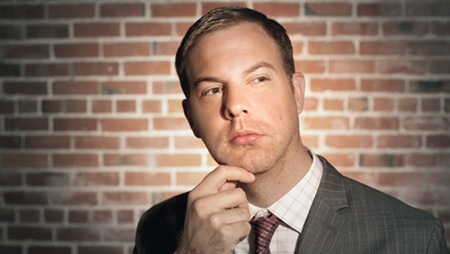 They grew up in Seattle and got inspired by all the films they watched and loved. They where blown away by the visual effects in Jurassic Park and decided then and there to study CG. They studied CG while in high school, during this time they landed a gig and featured in a Microsoft documentary. One of those who watched the documentary was none other than George Lucas himself. Kevin and Ryan where so determined to work at Lucasfilm Ltd  that they spent over a year updating George Lucas with the work they had done and letters asking for a job. They finally landed their dream jobs at Lucasfilm Ltd after they finished high school. After working at Lucasfilm Ltd , they worked for other companies including The Orphanage and Image Movers Digital. They then decided to build their own company rather than go looking for another job, this was how  Atomic Fiction was founded.

Sandra describes  Atomic Fiction as a small boutique shop with approx 30+ multi-skilled employees. The name  Atomic Fiction was inspired by amazing storytelling and being passionate about it. The difference about their company was that there was no financial backing and they used the Cloud for rendering.

What does it take to run a successful VFX Studio?

You can have a small or large company with 50 to 500 artists but is doesn’t work unless you have passion, talent and money.

Relationships is also important as it can make or break a company. What is the point of having a big studio if no one knows about it and what you do? You need to build successful relationships with film makers, Studio and Production companies, VFX freelancers etc.

Repeat clients is also important, you want to make it easy for your client and you want your client’s to want to work with you again.

How does Atomic Fiction make it easy?

* Editorial teams that meld with productions.

* Ease of Use (shot sharing & collaboration with competitors).

They also provide clear, concise and consistent communication. Their client always knows what’s going on, there are no surprises. If there is any problems they come up with solutions.

How does Atomic Fiction make their clients love working with them?

* They work on what you need.

* They offer whatever help you need.

* They want to make it better than you ever expected.

They want to become part of the storytelling team. They are not a Vendor, they are a department on the film.

How can you make it in a rebate world?

There are challenges to running any VFX Studio.  Studios these days want to get the most for the $ and mitigate risks. It’s all about chasing the rebate dollar. In order to survive VFX Studios need to be adapatble, flexible and cloud based. Using the Cloud the render your VFX can save a company lots of money. A few years ago they never though Cloud rendering would be possible but with determination and perseverance Atomic Fiction made it happen. Budgets are also shrinking now, you have to do more with less. Only franchises with a built in audience such as Marvel and Avatar can demand $100+ million for a movie.

Also try and get as much experience as you can, if you stay too long at one company then you aren’t helping your career. You want to expand your horizons.

You can check out Ulster Festival of Art & Design which takes place from 10-14th March 2014 at University of Ulster, Belfast