Elementary was a 3 day convention based on the BBC hit TV Series Sherlock. It was held in Birmingham from 7-9 February 2014 and was organised by Starfury Conventions. 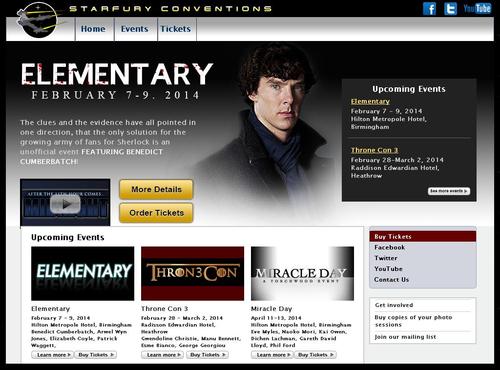 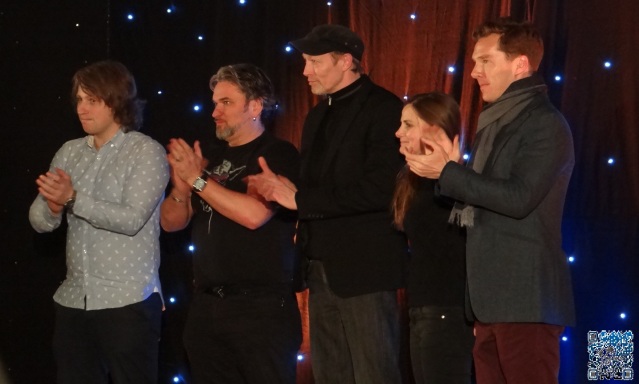 Over 800 fans, some who came from as far away as Japan, descended down on Birmingham Hilton Metropole Hotel for a once in a lifetime opportunity to meet Benedict Cumberbatch. This was the first convention for many of the guests including Benedict, Jonathan Aris and Lars Mikkelsen. 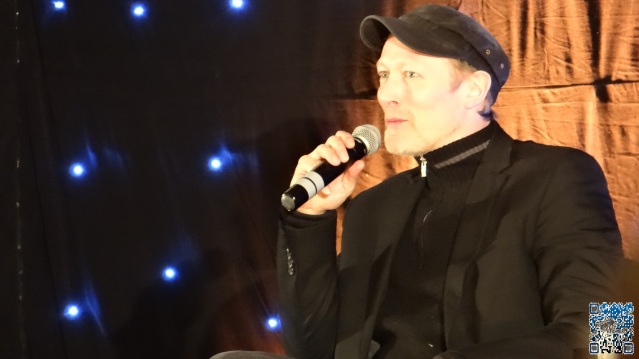 Jonathan had been offered opportunities before to appear at conventions but once he heard Benedict would be appearing at Elementary, he thought well they (Starfury Conventions) must be good then.

Jonathan’s favourite line from Sherlock is ‘I believe in Sherlock Holmes’, as his character Anderson. ‘It’s a good line, i don’t have another one i prefer. ‘ He described Martin Freeman as almost never funny, dry, witty and deadpan. He described Benedict as sharp, funny and smart.  He described Lars as ‘Just about the nicest guy I’ve ever worked with but terrifying on screen.’

Acting was a difficult decision for Jonathan as he was torn between acting and painting. Acting was something that always interested him since his father was an Actor so he grew up around Actors.

On his character’s wardrobe Jonathan simply stated ‘I think Anderson is the man that wardrobe forgot.’ ‘When it comes to Anderson we deliberately made boring choices. ‘ 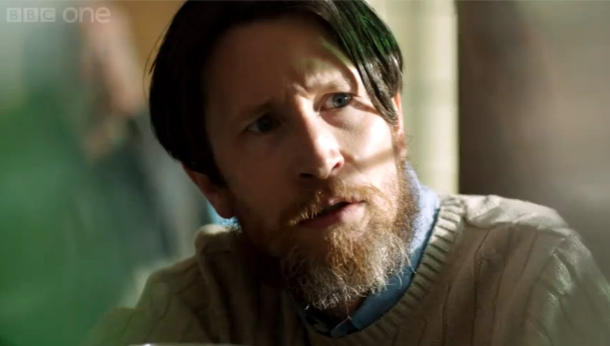 ‘The Director i would like to work with most is Ang Lee. I think his films are almost without exception fantastic.’ Jonathan Aris

When asked if he’d like to see Anderson as a figure, ‘I think it would be extraordinary and it would sell in minuscule numbers. It would have a retractable beard and come with a slammable door so Sherlock could slam the door in his face.’

Do you think at his core Anderson is a good person?

‘My personal view is that he’s a good person from the start. There’s a strong moral sense when he went to pieces when he thought Sherlock died.’

One of the highlights of the talks was when Lars started juggling apples at the request of a fan to show he could still juggle.

When asked what his favourite show was, he said Sherlock as he thought it was a really clever show.  He also mentioned that he’d like to spend a day with Ian McKellan as he’s an outstanding Actor and he could learn something from him.  When asked about what behind the scenes job he’d be interested in, he chose Lighting as it’s so important to what they do. His favourite characters are Sherlock and Dr Watson as the interaction between Benedict and Martin Freeman is so good.

When asked if there was any sibling rivalry between him and his younger brother Mads Mikkelsen he said there was when they where young.’As we became Actors, we became very supportive of each other. We never get offered the same parts, which helps.’ 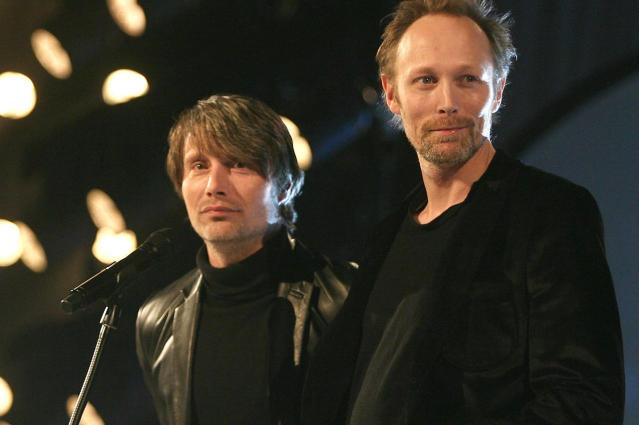 Benedict showed his dedication to his fans by staying longer to make sure everyone got their photo and autograph. The tight knit community and friendship within the Sherlock cast & crew showed as evident during the talks.

As  soon as he appeared on stage for his Q&A panel, there was a thunderous and deafening applause and cheers from the crowd. It was a huge welcome and appreciation from his fans. His surprise at how many fans turned up for the convention was summed up when he said  ‘Did i really just sign something for every single one of you?’

Below is highlights of the interview panel between Benedict and Starfury Convention organiser Sean Harry.

Sean: On behalf of everyone here, i  want to say you are really welcome to your first convention. I hope you enjoyed yourself.

Sean: Was it a surprise when Sherlock took of the way it did?

Benedict: The true level of success we’ve had around the world is beyond what we all expected.

This is what Benedict had to say about playing Sherlock Holmes when Jonny Lee Miller is also portraying the character in US TV Series Elementary.

Benedict: I haven’t compared notes with Jonny. It was more about two actors playing the same character rather than how to play this character.

Sean: Do you think Sherlock is most violent when he is his most vulnerable?

Benedict: Good question, i think he is. It can do with his addictions  so yes dangerous when vulnerable.

The role of Dragon Smaug in The Hobbit was genuinely alot of fun for Benedict, ‘You’re completely and selfishly allowed to do whatever you want.’ There was no costumes, sets or anything else you had to  think about.

Sean: Which is your favourite medium?

Benedict: I can’t pick a favourite, i’m rubbish at favourites. I’ve introduced more than one person as my best friend. I feel that they genuinely feed of each other, not my best friends, but i couldn’t do one without the other. I love voicework, i love animation, i love film, television and theatre.

In the end it was a really successful Sherlock convention, made all the more special by the fans  and the guests.