It’s never been a better time to be a Star Trek fan. Star Trek: Discovery is returning for its third season. Star Trek: Picard will be delivering a second season. Star Trek: Lower Decks will debut this year. Star Trek: Strange New Worlds will reunite iconic characters Spock and Pike. Star Trek: Prodigy will premiere on Nickelodeon in 2021 (this and the name was exclusively revealed at Comic Con 2020). And an untitled Philippa Georgiou series is in the works. Trekkies have more quality content than ever. As such, Comic Con decided to host a massive virtual panel discussion with the actors and creative teams across the Star Trek franchise. 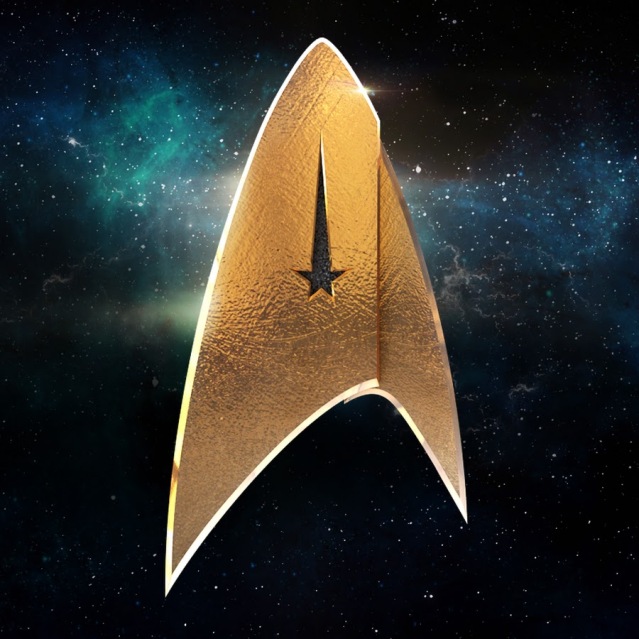 Kicking things off were the cast of Discovery who did a table read of act one of the season 2 finale. This was a truly incredible experience made more special by never before seen artwork accompanying it. They followed this with a Q&A.

Star Trek has always been a fairly political show that has championed diversity and the Discovery cast/crew are especially proud of how their show represents that. Executive producer Heather Kadin said “I’m so proud to be working on a show that delivers a message that matters and resonates”. Anthony Rapp (Lt. Commander Paul Stamets) discussed how important Star Trek is given current world affairs – “Star Trek is fiction but it’s always meant to imagine a future and a world where people are valued for who they are and the content of their character. In this explosive time, it seems more resonant than ever”. Wilson Cruz (Dr. Hugh Culber) reiterated this and considered how it would affect the next season – “Star Trek has always set a goal. Going into season three, we have an opportunity to have a conversation about the world we want to create and we have a responsibility to create that together”. While praising the level of diversity on Star Trek, Mary Chieffo (L’Rell) acknowledged that there was still work to be done – “There are infinite combinations of diversities. There are diversities still to be shown”. Mary Wiseman (Ensign Sylvia Tilly) agreed confirming “There’s more to do, issues are not solved”. Sonequa Martin-Green (Commander Michael Burnham) really summed up best what Discovery is aiming to do – “I hope we contribute moments to the movement”. Executive producers Alex Kurtzman then talked about Star Trek United, a campaign launched to bring awareness to the Black Lives Matter movement and organisations like the NAACP LDF which the panel promoted and encouraged fans to donate to. 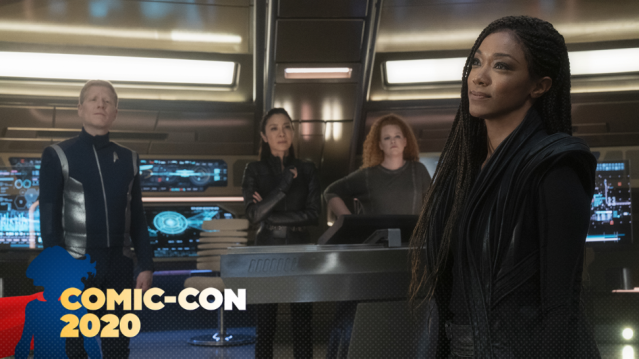 Moving onto where their individual characters would be during season 3, Martin-Green started things off by stating that Burnham was “looking for a salvation of some sorts” and the hope that she can continue to discover herself.  Doug Jones (Commander Saru) acknowledges that Saru may have a difficult time – “The hardest thing for Saru to do was to leave his family behind and now he’s had to do this twice.” Although Jones thinks Saru will also be happy with how far the Kelpiens have come and hopes to see them in the future. Cruz is enjoying that Culber has had an epiphany of sorts and realises that everything he needs is on Discovery with Stamets – “I love the new Culber. He’s more three dimensional”. Rapp added onto this by saying that season 3 would see development of the family, not just in his couple but in the ship. While Wiseman admits there has been “some big speed bumps” for Tilly, she definitely still wants to sit on that captain’s chair and has suggested we’ll see more of that journey in the upcoming season. Perhaps though the best answer given to where her character would be emotionally going into season 3 was given by Michelle Yeoh (Philippa Georgiou) – “Really pissed off”. Yeoh also recognised however that Georgiou always found her way into surviving and adapting so assured viewers that she would find her way around. Yeoh also hinted at something big for her characters – “Power is something she inherently has. She doesn’t even seek it; she just has it”.

Giving us an insight into what Strange New Worlds would look like, Anson Mount (Captain Christopher Pike), Rebecca Romijn (Number One), and Ethan Peck (Spock) spoke about their characters. Peck has suggested we’ll see a more human side of Spock which is due to his relationship with Burnham – “Burnham gives him permission to be human and teaches him what it’s like”. Mount talked about how Pike has now seen his life ends, how that has impacted him in a massive way, and how he moves forward from that – “He’s going to wrestle with how he can best utilise the rest of his life for the good of the universe”. Romijn elaborates that they’ll be “surrendering to the unknown together” and working together.

Next up, the cast and creator of Lower Decks join to treat fans to a never before seen clip from the upcoming show and a Q&A.

When asked what type of Starfleet officer is your character, Tawny Newsome (Ensign Beckett Mariner) jumps in enthusiastically to tell us that her character is not so different from herself. Beckett doesn’t always play by the rules but Newsome thinks she could if she wanted to because she’s so good at things – “Like the class clown but only because they’re ahead of the lesson in school”. Jack Quaid (Ensign Brad Boimler) explains that his character is the ultimate Starfleet nerd. He’s obsessed with rank and always follows the rules, as well as being a “fanboy for captains and anyone on the bridge”. Noel Wells (Ensign Tendi) describes her character as excited by everything and unflappable. Tendi is very optimistic and even with all the weird things going on around her, she can turn them into positives. Eugene Cordero (Ensign Rutherford) plays a cyborg “who loves the fact that he’s half mechanic because he loves the mechanics” and promises that he’s the guy you want on a trivia team.  Gillian Vigman’s (Doctor T’Ana) character has “extreme responsibility” as the head medical officer and while she may be fantastic at her job she also has the “roughest bedside manner”. Fred Tatasciore (Lieutenant Shaxs) sums his character up as a shoot first, ask questions later type of guy – “He’s like someone’s hailing us, fire, we should fire on them”. Jerry O’Connell (Commander Jack Ransom) explains that Ransom has a very short fuse. Although Ransom isn’t the best person to work with, he does deeply care about Starfleet and his crew. Dawnn Lewis (Captain Carol Freeman) heads up the cast in the captain role and describes her as absolutely vital and completely in charge and control.

The cast are very adamant that even though they are second contact, they are still in important in Starfleet with creator Mike McMahan stating that “Unsung heroes are still heroes”. They also promised that there would be plenty for everybody with this show. Trekkies will enjoy it but it will be accessible for first time Star Trek viewers. McMahan even suggested that “People who haven’t seen Star Trek might watch this and suddenly think maybe I like Star Trek”. It’s clear that the cast are all very excited by the project; so excited that they kept revealing spoilers which had to be bleeped out. However, fans won’t have to wait long to see the show for themselves as it premieres in CBS All Access on August 6th.

Lastly, the cast of Picard came together for the first time post-finale for a discussion about their experiences with the show. 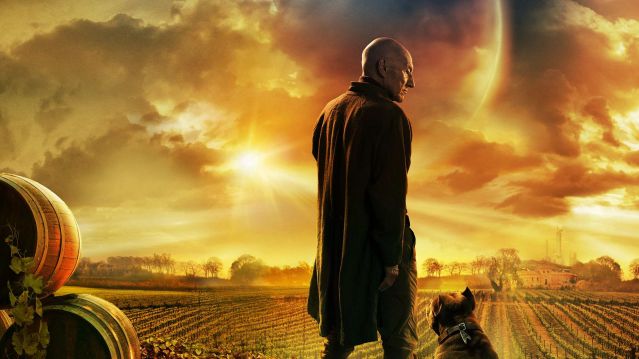 When asked about what it was like bringing Picard back, Patrick Stewart (Jean-Luc Picard) answered very thoughtfully – “We haven’t brought it back, it never went away”. Stewart particularly liked that Picard was set in a world with lots of problems, “a world not unlike our own”. He stated that he knows he made the right decision to come back to the role, and that he had a deep satisfaction in working with the cast who had such diversity. He also enjoyed working with some of his previous co-stars – Brent Spiner (Data/Dr. Soong), Jonathan Del Arco (Hugh), Jonathan Frakes (William Riker), Jeri Ryan (Seven of Nine), and Marina Sirtis (Deanna Troi).

Frakes was a nervous wreck to come back because he had recently directed Stewart and seen Sirtis in a West End play so knew their “acting muscles were strong” in comparison but ended up thoroughly loving the experiencing. Sirtis, who is definitely the comedian of the pack, was just happy she didn’t have to wear the space suit again. Both Del Arco and Ryan were surprised and overjoyed by the amazing fan reaction to their characters returning. Spiner thought he had put Data to sleep and didn’t expect to ever play him again. Stewart highlighted the importance of the closure between Picard and Data at the end of the season serving to remind everyone that “Life is terminal. That’s what makes living important”.

Patrick Stewart was a big draw to doing the show for Alison Pill who plays new character Dr. Agnes Jurati. She is such a big fan of Stewart that she calls him SPS (Sir Patrick Stewart, after his knighthood) to which the other cast jumped on the bandwagon. Although Stewart admitted to preferring the nickname P-Stew. The other big draw for Pill? “That we get to use the F-word”.

Other new cast members include Isa Briones (Dahj/Soji), Evan Evagora (Elnor), Michelle Hurd (Raffi Musiker), and Santiago Cabrera (Cristobal Rios). Evagora was less excited and more nervous to meet Stewart, recalling that when Stewart introduced himself Evagora just blurted out “Good thanks” but also stated how everyone made him feel so comfortable. Hurd credits both Stewart and the scriptwriters for making the whole process easier and enjoyable. Cabrera admitted he had to discover the part as he went along but liked the relationships between Rios and Picard starting out as opposing and developing into mutual respect by the end of the season. Briones also stated that discovering her role was a gradual process, not made any easier by the fact that she was playing multiple characters which she didn’t realise when she auditioned for the part. However, by the end of the season Briones was confident that she knew who Soji was.

The cast didn’t really give anything away about season two, perhaps because they were having such a good time with each other. There was a genuine chemistry between them all filled with warmth, respect and lots of laughs. Perhaps this is why the show has been successful and has resonated with audiences. When asked what thing they wish they could bring from Star Trek into the real world, Hurd gave a poignant answer that all the cast agreed with – “Acceptance and inclusion – the understanding of how valuable life is. Can we all look out for our brothers and sisters? Can we all take a moment to understand our differences are actually our strengths? And it’s what makes us a strong species. I’m so thankful I’m part of an organisation that gets it. We always talk about Star Trek holding a mirror up to society. Perhaps society needs to look at us and start replicating what we’re doing because we’re trying to tell the stories to heal”.