Something I Noticed About Nick Fury

Warning there will be Spider-Man Far From Home Spoilers Ahead

Last night my friends dragged me to see Spider-Man Far From Home, I had already seen this last week with my girlfriend but to them this was tantamount to cheating. So once more unto the breach it was then. I really should point out that I was not really forced to see it, I actually wanted too because I wanted to see if there was anything I had missed the first time.

So was there anything I missed?

It was such a simple thing but every time we seen Nick Fury and Maria Hill she calls him, Nick. At this point here I want to remind you that back in Captain Marvel he claims everyone calls him Fury, so the question is, was that just hyperbole, or was he being serious? (Also Maria Hill does call him Nick at the end of Infinity War too) 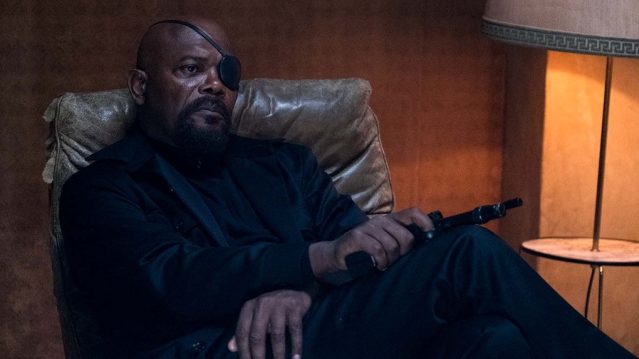 Later we find out that in Far From Home that the Fury and Maria Hill we where dealing with where actually Talos and Soren the Skrulls from Captain Marvel, in disguise.

We then find out that they are working for Fury while  he is off gallivanting around the Galaxy doing lord knows what.

On a smaller note we find out in Captain Marvel that Fury cannot eat toast when it is cut into triangles, while in age of Ultron he eats sandwiches that are triangles. This is tenuous at best but one must wonder. Is the Nick Fury that we have been seeing since Iron Man in fact both Fury and Talos?

Was Nick the greatest spy ever because he was in fact two different people, or is the Talos thing something that only came recently?

We also know from a passing comment by Talos that there are Kree infiltrators on Earth. So are the Kree coming back to Earth. Agents of Shield have already shown that the Kree have a keen interest in Earth, in fact that created the Inhumans. Maybe Fury is off in space organizing a coordinated effort against the Kree while Talos is filling in for him at home.

I guess only time will tell.