RWBY is consistently one of my favourite franchises, I love its blend of East meets West, I love that its independent, I love its strong female characters and I love its overall plot. For those unfamiliar with it, RWBY is an animated series that anyone can watch, it deals with life and death with surprising depth and will make you laugh and cry as much as sit on the ends of your chair screaming for your favorite heroes to prevail. RWBY is set on the world of remnant where civilizations sit isolated for fear of attack by evil beasts called” Creatures of Grimm. The only force that holds these monstrosities back are the hunters and huntresses whose sole goal in life is to live up a chivalric code of honour and best these beasts back. RWBY follows a team of Huntresses in training Ruby, Weiss, Blake and Yang (Thus RWBY). Over the course of the series we have watched these girls grow into young women and forces to be reckoned with, if you are a fan of the team then this anthology will be perfect for you.

In the book we get to see that Ruby may be team leader, but she’s got insecurities just like the rest of us. In fact, her worries run deep. These brand new stories show how Ruby overcomes her shortcomings to be a true hero and what drives her to do it!

The book will be available for purchase on the 15th May 2018 and will cost $12.99 U.S. / $17.99 CAN and is the first of four character-focused volumes in the RWBY OFFICIAL MANGA ANTHOLOGY series. You will also be available to get a digital version of it too via viz.com and the VIZ Manga App, as well as from the Nook, Kobo, Kindle, iBooks, comiXology, and Google Play stores. If this one has you excited then know that there will be a Weiss centric volume to be released later this year. #Weisspower 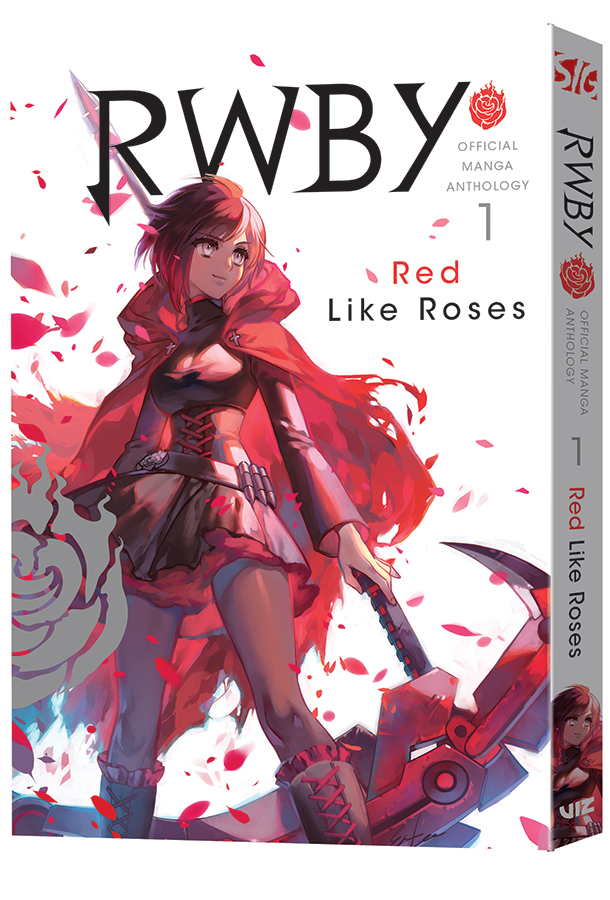