Still high on hopeless romantic brain Liv must try and and catch a serial killer loose in New Seattle. While all this is going on Fillmore-Graves continue to clean up the mess they created, Blaine continues to hunt for Renegade and Angus congregation still thrives.

Liv and Clive continue to grow closer through conflict, conflict that only occurs because Liv continues to try and push Clive towards a new love interest, he uncharacteristically snaps at her telling her to back off. This was the first sign that all was not well between Clive and Dale, he is just to nice a guy to snap for no reason. Of course we soon find out that they are in an open relationship, due to the fact that they cannot have sex and this is the latest issue that has him down, possibly a continuation from him not wishing to deal with their issues head on. I cannot help but feel for Clive here, he is such a decent man and Dale isn’t really doing anything wrong its just they are in a complicated situation and their options are limited.

While all this is going on Liv is hopped up on love sick puppy and its just brilliant, the episode continues to blast us with Savage Garden but then right at the end the episode does a great nod to She’s All That. Clive even manages to distract Liv with the prospect of Colin Firth being near by. As much as I enjoyed this one it was nice to have the real Liv back at the end of the episode, she really needed a break, this had been a particularly stressful couple of episodes.

Speaking of Stress no one had a more stressful time than poor Ravi. In a desperate attempt to catch this serial killer Ravi went under cover to lure him out. As much as I loved this I have to wonder, why the coroner? Why not Clive? Not brilliant story telling but still it was funny. 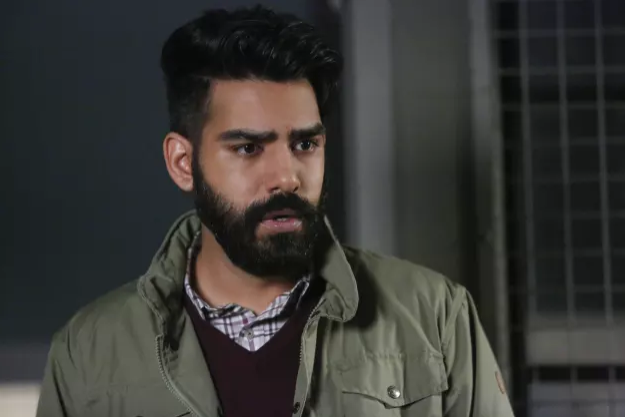 Blaine and Donnie high on loose lipped blue brain was a particular highlight for me, though I do feel a little sorry for Donnie because Blaine really is a massive dick to him, still we can not help but love Blaine. We know he is kind of evil, but he is the lesser evil when compared with his father or some of the other big bad’s and that probably his love for a certain district attorney softened him up. No matter how soft he has become he will still be able to make the ruthless decisions including hunting down Renegade and giving her up to Chase.

Loving the new series of #izombie what do you all think of it ?

Renegade has now been used in a sort of retcon and we are to believe that she has always been apart of the story just in the background. I honestly have no problem with this but I do wonder what will happen next. With Liv emotionally involved with Renegade and Major’s loyalty to Chase it will be interesting to see how the dice will fall on this. Some of the Fillmore-Graves soldiers continue to abuse their power and I am wondering how long before their wicked ways catch up with them.

Major continues to be a decent man. I used to think it was weird how he would commit so much of his loyalty to Fillmore-Graves but I guess he see’s this as the logical solution, to operate in a disciplined organisation where he is accepted. Think back to season 1 and season 2, both times he went rogue and his life was completely ruined. Going rogue never works our for him, I think this time round he wants to stay stable and disciplined. It was touching (and hilarious) seeing him on wrestler brains confess his feelings to Liv and also now I want some of that brain, but still it was very sweet.

We have yet to see what Major did with the news about Angus or does he understand how dangerous Angus really is? Of course Liv now knows of the zombie church, via the infamous and now rejected Tim, so its only a matter of time before she visits it and finds out what Angus is planning.

As usual iZombie continues to fill us with a pleathora of emotions, the episodes can make you laugh, cry and think all at once the show may have what some may consider a silly premise but to be it is some of the best television we have at the moment.

Such a great night seeing @babymetal_official hopefully I will be able to see them again. #babymetal #jrock #metal #gig
Had a great day exploring #Cardiffcastle wish we had gone earlier but totally worth it
I finally found my Snorlax onsie and I have to wonder as a grown man do I need this? I think yes ! #pokemonswordandshield #pokemongold #pokemon #pokemonblue #pokemonred #pokemonart #pokemoncosplay #pokemoncommunity #snorlax #japan #nerd #geek #cosplay #pokemonredandblue #pikachu #pjs