Lets face it we all know what its like to think we are special, only to find out the horrible truth that there is nothing new, it’s all been done before , even if it’s a different smell, taste or colour everything has happened, just in a different variation. I know I am sounding very nihilistic here but bare with me, all I am saying is, there is always going to be a bigger mountain, a longer race or a smarter answer, not saying we should give up at what we do, it is just better knowing that in a long scale of things we will eventually be out done and as a species that’s great but as individuals it is heartbreaking.I know this little philosophical outing may seem odd but it all ties in to this weeks issue of Power Rangers. With Zordon out of the picture the team has just discovered that they where not the first Power Rangers, there was another team from earth and its only surviving member has come looking for them. 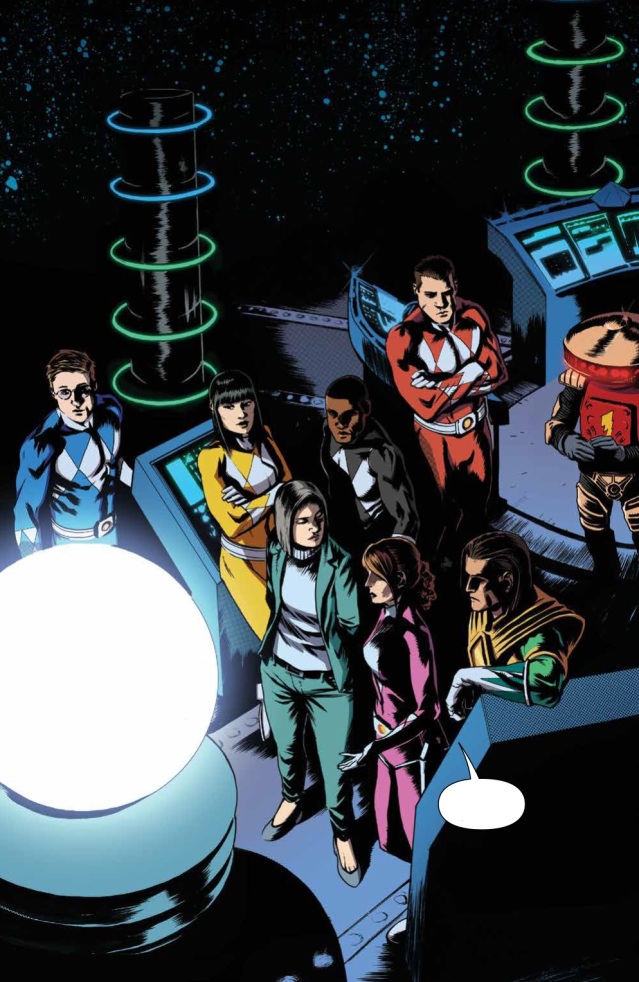 This newcomer makes me think of the old adage: “Beware of greeks bearing gifts!”

She comes with offers of great technology, increased resources, respect and new insights, but unlike the Rangers she has no sense of scaling, the Power Rangers always fight their enemies on an equal footing, they never throw a first punch and never use excessive force, in short they are a defensive faction. Their new friend is aggressive and forward thinking, traits which are not inherently evil, but they can quickly lead someone less disciplined down a darker path. Unfortunately it seems this women will leave the team split on what they are going to do in their collective future.