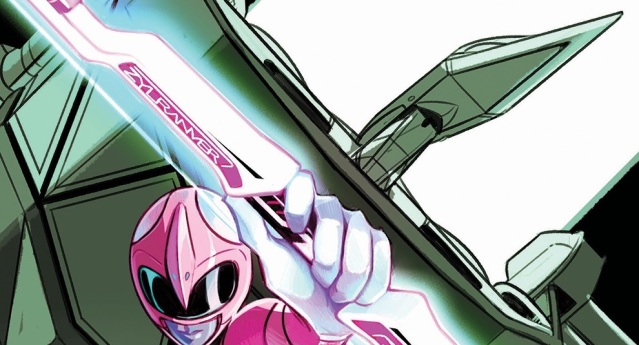 Old friends and old enemies finally give us the fight we have been waiting for in this Power Rangers spin off. Kim, and co are going head to head with an old enemy and it’s going to be the fight of their lives. Though she is still suffering from the betrayal she has suffered at the hands of someone she thought she could trust and the fact that her only parents have been transformed into monsters Kimberly still finds the strength and courage to fight on.

This series has been a huge surprise, not to sound like a sexist pig but Kimberly was never my favourite Ranger and that’s because I was a dumb kid, but in this series she shows us that yes she is a girl and yes pink can be feminine (though not exclusively) but she is no damsel in distress.

There is a certain level of empowerment to this, she has her girly side but she is not useless. I am still shocked at how much I am anticipating each of these books but upon their release I have pleasantly surprised to see that they keep getting better.

So if you wanna see a kick ass lady beat the living snot out of monsters while trying to escape a mobile death trap and stop a giant robot from bringing world destruction then this is the book for you.