After a long wait the CW has finally released the promos for iZombie and The Messengers which are premiering early this year. Both of these shows have a supernatural element but from the trailers you’ll see that they are vastly different. One is a science fiction drama, the other a crime show with a twist. However both look totally awesome and have me itching to see the pilots. Well done, CW!

The Messengers– Five seemingly unconnected strangers all die and then miraculously reawaken when a mysterious object crashes on Earth. It soon becomes apparent that the event has altered them, and they may be the only hope to save humanity.

This promo has definitely intrigued me; by the end of it I had more questions than when I started. The mystery of the man who landed on Earth being at the forefront; is he evil or not? Also the five strangers have powers now? And why were they chosen? As you can see, I’m excited. I think the trailer did a great job of making all of the characters seem really interesting, something which is often skipped over in promos. We got a glimpse of their back stories but I’m definitely eager to learn more. Although the promo was very fast paced, really building up the thrill and suspense, it also seemed very intelligent which in my eyes is just important as all the action. I’m predicting great things from The Messengers; let’s hope the pilot can deliver. 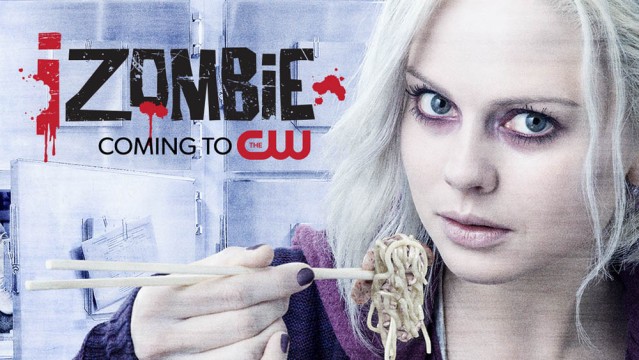 iZombie– Based on the comic book series, the show follows Rose who has recently been turned into a zombie. She starts working at a coroner’s office so she can have access to brains. However from consuming these brains she also gets some of the deceased memories, enabling her to solve the mystery of their deaths.

When I first heard that Rob Thomas, creator of Veronica Mars, was developing a new show I didn’t really care what it was about. I just knew that I would watch it and love it because let’s face it Rob Thomas is a genius. However on closer look I totally fell in love with the concept, a zombie that helps solve crime. Sounds pretty awesome. So, I’ve been looking forward to this trailer for a while. After watching I can safely say it was worth the wait. It has a Buffy meets Tru Calling meets Veronica Mars vibe to it. Like them the show covers some serious subject matter but it’s also clear that iZombie will have a comedic element to it. A crime drama horror comedy? Sounds like the perfect formula to me!

So, what did you think? Did the promos draw you in? More importantly how do you think these shows will match up against current CW shows? iZombie and The Messengers have a lot of pressure on them to perform well in their debuts as the CW recently renewed 8 shows, meaning less space on that coveted 2015-2016 schedule.  They’ll really need to bring their A game to ensure renewal. However these two shows are bringing something completely new to the CW. And with promos as good as these I’m confident that they can be successful.