Before we get into this I am well aware that I an independent has a lot less to lose than Blizzard a massive international company. But still the principal should be the same. So what did Blizzard do to show they lack a backbone?

Over past the weekend, Blizzard Entertainment banned a Hearthstone player from participating in tournaments after he voiced support for the Hong Kong protesters. Along with this two Casters have also been fired. On Sunday, Blitzchung made a comment on the Asia-Pacific Grandmaster’s stream in a post-match interview, while in a mask, stating “Liberate Hong Kong, revolution of our age“. Blizzard Taiwan removed the VOD containing the interview. Unfortunately for Blizzard this caused quite the commotion on Reddit.

In response Blizzard has now put up an official blog post on the matter, stating Blitzchung will receive no prize money and be banned for 1 year from the tournament series.

Quote From Blizzard
During the Asia-Pacific Grandmasters broadcast over the weekend there was a competition rule violation during a post-match interview, involving Blitzchung and two casters, which resulted in the removal of the match VOD replay.

Upon further review we have found the action has violated the 2019 Hearthstone Grandmasters Official Competition Rules section 6.1 (o) and is individual behavior which does not represent Blizzard or Hearthstone Esports. 6.1 (o) is found below.

Engaging in any act that, in Blizzard’s sole discretion, brings you into public disrepute, offends a portion or group of the public, or otherwise damages Blizzard image will result in removal from Grandmasters and reduction of the player’s prize total to $0 USD, in addition to other remedies which may be provided for under the Handbook and Blizzard’s Website Terms.

Grandmasters is the highest tier of Hearthstone Esports and we take tournament rule violations very seriously. After an investigation, we are taking the necessary actions to prevent similar incidents from happening in the future.

We’d like to re-emphasize tournament and player conduct within the Hearthstone esports community from both players and talent. While we stand by one’s right to express individual thoughts and opinions, players and other participants that elect to participate in our esports competitions must abide by the official competition rules.

This is not fair. And going forward I will say this if my country tried to pull this shit I would hold them accountable too. It is not right. The Internet is full of assholes but it is supposed to be free, above all this crap !

I know other big companies do this, so you are probably wondering why I am annoyed at Blizzard?

It comes down to Overwatch. I love that game, I love how it’s inclusive and tries to give everyone a voice. But what is the point in giving us voices if you are going to snuff them out once we say something someone might not like? 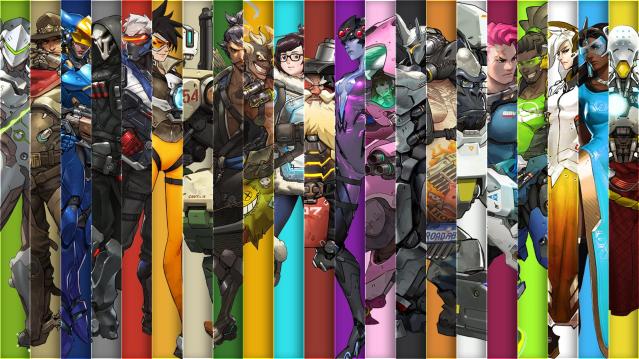 Like I said this is not just Blizzard the Houston Rockets are doing the same. Which is also annoying since it is an NBA team one that every 4th of July boasts about celebrating freedom – yet is currently bowing down to an Autocratic Regime. It is all well and good for these big companies to celebrate freedom and diversity – but if your going to do that you then need to stand up for those same rights too. We the West claim to be the Good Guys yet more and more we act like over sensitive cowards who are being bullied by regimes that have no place telling us what to do.

Oh. So you are next blizzard pic.twitter.com/FSvQS7uW1L

Yes in the past many Western Nations have behaved in a rather villainous way, but now we live in a better more enlightened world, we need to help bring that to our neighbors – even if that means loosing money over it.