Like many of you I never got over Firefly, one of the best shows that never was. After thirteen episodes and one movie I could never get enough of this series. I’ve consumed as much of this series as humanly possible and it’s official I am a die hard fan. This obsession of mine is why I am happy to say that the new Firefly series by Boom! Studios is off to a strong start. 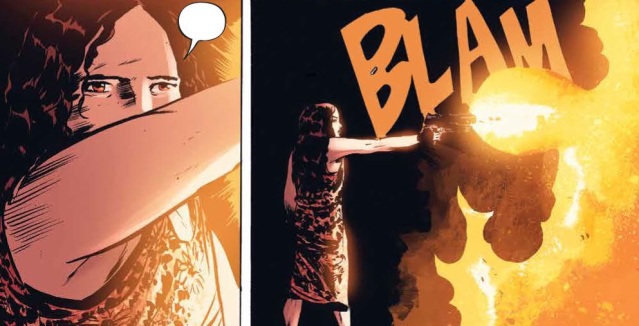 The story has an interesting premise, it see’s the crew of Serenity, the full crew as the book takes place before Serenity (the film), being randomly attacked by a very well armed ship, they are forced to pull a balls to the wall maneuver and end up marooned on a back water moon, one that has no booze!

Stuck on a primitive world and with few options the crew do what they do best, they hire themselves out as muscle. The group they are hired to protect are religious fanatics who are on a pilgrimage, everything seems fine until it doesn’t and Mal and co are left with fewer options than when they started. 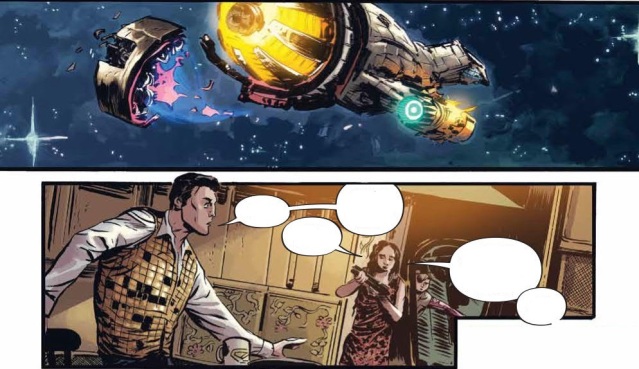 As with everything By Boom! Studios the art is fantastic and utterly unique to itself. Everything manages to be dark yet colorful all at once, mix that with an incredible level of detail and you will easily be suckered into this one. 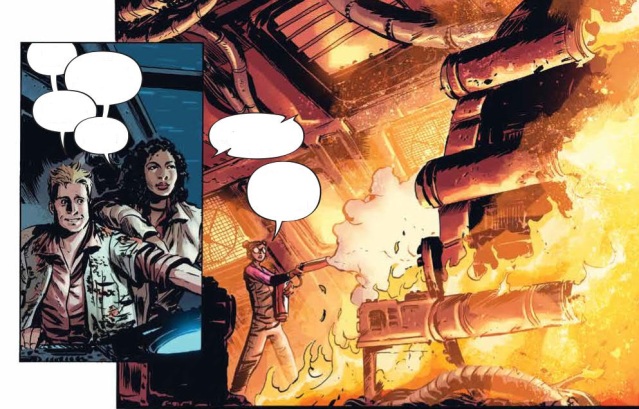 This one is a perfect start to an already amazing series, yes we all miss the show but at least this way it will live on in this immortal format where we can see Book and Wash again. What makes this one truly great is that as you read each line off dialogue you can  internally hear all your favorite characters voices, the book has perfectly captured the essence of Firefly and I look forward to reading more.