Where last weeks episode was all about revelations this weeks seems to be about resolution’s. It all started with betrayal and that was the betrayal by Lorca. We still don’t know what happened to Prime Lorca and can assume he died when they possibly swapped places due to a transporter malfunction. Nor do we know was this Lorca truly evil? 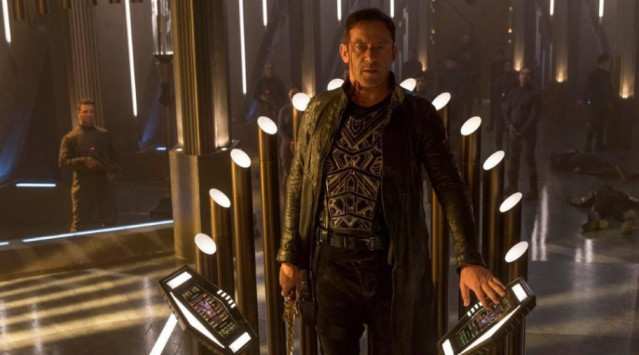 What we do know is that in his mind he was doing the right thing, by bringing order to a chaotic universe and that he seemed to care for Burnham and respect the crew of the Discovery even if some where non human.  Interestingly Jason Isaacs revealed recently that he knew Lorca’s secret right from the start and sadly if you where looking for him to return as mirror Lorca he unfortunately had this to say:

Yes yes. Me me. I've kicked the bucket, I've shuffled off my mortal coil, run down the curtain and joined the bleedin' choir invisible. I. Am. An. Ex. Captain.

This was very much a Burnham episode, she was the absolute lynch pin to everything going on and as always Sonequa Martin-Green brings a great performance, seriously this women never disappoints. Burnham pulls off one hell of a long shot , between switching sides, going solo, organizing a devastating attack on the Terran Flag Ship and even pulling off a Hale Mary at the end, she truly stole the show. One must wonder if Lorca was right and fate truly plays a massive role in the lives of all, because if not for her Vulcan upbringing then burnham would never have had the tools to pull off this victory. In the end what truly left me shocked was Burnham giving into her human emotions and saving the Emperor.

This was a bizarre choice even for Burnham but it was a human choice to save the Terran Emperor. I think Short term this is going to bite her in the ass but long term this may be a good move. With the Federation on the loosing side of a war, perhaps having a strategic commander who is more than willing to kill Klingon’s may help. With her tactical genius and the Discovery’s Spore Driver they may have a chance of turning this mess around.

Back on the Discovery Saru truly was the stand out character, for someone who has been kind of a dick this whole time it was awesome to see him step up and bring everyone together with his speech:

“It is well-known that my species has the ability to sense the coming of death. I do not sense it today. I may not have all the answers. However, I do know that I am surrounded by a team I trust. The finest a Captain could ever hope to command. Lorca abused our idealism. Make no mistake: Discovery is no longer Lorca’s. She is ours. Today will be her maiden voyage. We have a duty to perform, and we will not accept a no-win scenario. You have your orders. On your way.”

The ‘no win scenario’ references by Tilly and Saru where a nice throw back the classic Trek Kobayashi Maru Scenerio. Which is designed to be an unwinnable situation, one that James T Kirk would win a few year after this episode takes place. 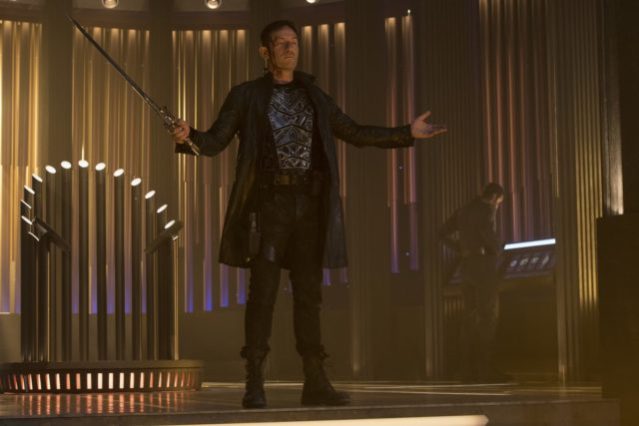 But What Next? They over jumped by nine months and the Federation are loosing the war, who will captain this vessel, will it be Saru, Burnham, one of the Admirals, The Emperor or possibley the real Lorca. How will Ash/Vok react to this chance of events. What will Saru do when he meets the Emperor? and What will the federation do to win this war.