I think many of us will be going to see Justice League this weekend, weather we want to admit or not, though it looks like the film may be a worthy follow up to Wonder Women, I guess good job DC ! Anyway back to the purpose of this piece, The main antagonist for the film looks to be Steppenwolf, though he may only be the B- Villian and simply be acting as a henchman for another. Running with this theme I think its about time that we all learn a little more about Steppenwolf.

Steppenwolf is a New God and Uncle to one of DC’S biggest bads, Darkseid, in fact he commands Darkseid’s Elite troops. Steppenwolf is an immortal with superhuman strength, speed and stamina, if that wasn’t enough he is also a genius tactician and master of both armed and unarmed combat. Unfortunately not much is really known about Steppenwolf, because what we know is usually delivered to using Flashbacks where we can see that he must have his nephew’s respect, since even Darkseid is willing to take his council. At one point Steppenwolf even took on Doomsday and survived, he is responsible for the Murder of Highfather’s wife. He is every bit as brutal as his nephew and in every appearance he never fails to be a complete bastard. I thought it odd that they chose him to be the big bad for Justice League, but it kind of makes sense, DC needs to show off its lesser known villains, he is practically a blank canvas, he was created by Jack Kirby and in one alternate world he helped kill Batman, Superman and Wonder Women, ye this guy is going to be a huge threat. 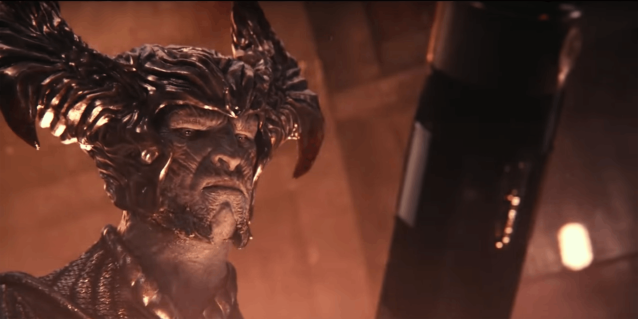 There is a chance that DC are pulling a fast one and Steppenwolf is not the real threat, it could be resurrected Superman or Darkseid either way with fellow Belfast boy Ciarán Hinds ( Frozen, Tinker Taylor Soldier Spy and Game of Thrones) in the role I am sure we are in for one hell of a performance.