Will Star Trek be at San Diego Comic-Con International 2016?

CBS recently released the world’s first official teaser trailer for their new Star Trek series which will premiere in 2017. While it doesn’t show us much since it’s only a teaser trailer it does however reveal the new logo look for Star Trek and to build upon excitement for the new series. This could also be a clever marketing ploy to build up interest for the release on a new Star Trek Beyond trailer in the next few days.

With this year celebrating the 50th anniversary of Star Trek,a new Star Trek movie coming out the same weekend as San Diego Comic-Con International and of course a new series in 2017, interest in the world of Star Trek is reaching fever pitch.

I imagine that CBS will at least make an appearance with the cast and crew of their new Star Trek series for a potential Hall H panel as it would be the best time to maximize publicity especially since there is already at least two planned Star Trek events. You can find out more information on these events below: 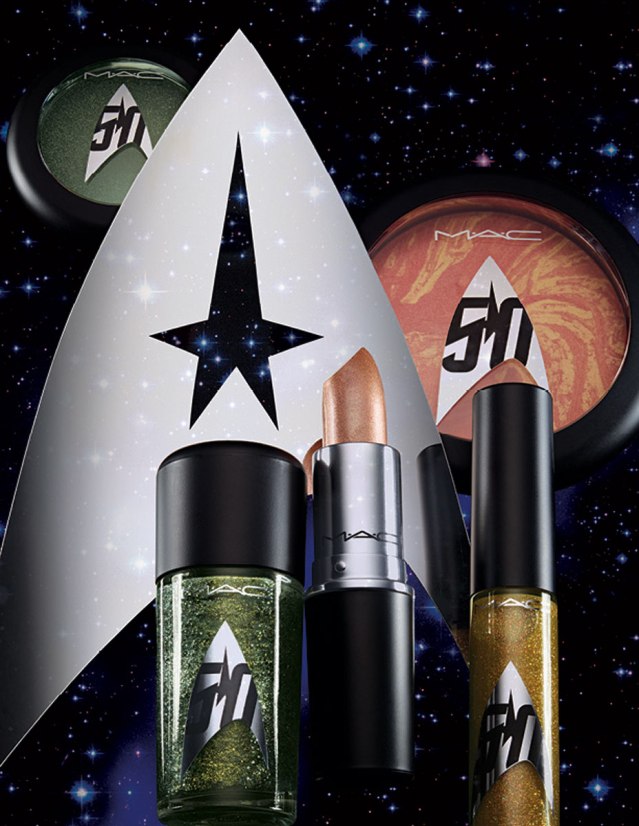 To celebrate Star Trek’s 50th anniversary, MAC cosmetics have created a collection which will make its debut at San Diego Comic-Con as part of an exclusive one-day presale July 21 at the MAC Cosmetics store in the Gaslamp district.

“Star Trek is an iconic pop culture phenomenon whose storylines pushed gender and racial boundaries,” says MAC creative director James Gager of the beauty brand’s decision to launch the line. “For its 50th anniversary, we celebrate each of Star Trek’s powerful women in a transcending, transformational makeup collection.”

“Star Trek: 50 Artists. 50 Years,” a new art exhibit created to commemorate Star Trek’s 50th anniversary, will feature Star Trek-inspired works by 50 artists from 10 countries around the globe, including one by Leonard Nimoy, the franchise’s iconic Spock and a renowned photographer. The exhibit will include original 2D and 3D pieces by the artists, who selected a variety of mediums — illustrations, photographs, sculptures, paintings, graphics and more — to express their love of the franchise and the inspiration gained from it.