Following on from NBC’s Upfronts presentation Fox upped the ante and delivered some knockout promos. In the mix we have comedy, crime, drama, fantasy and science fiction. There look to be some seriously good shows here, making the wait for pilot season that bit more agonizing.

What’s it about: Centres on two very different families living in a fictional town on the US-Mexico border. 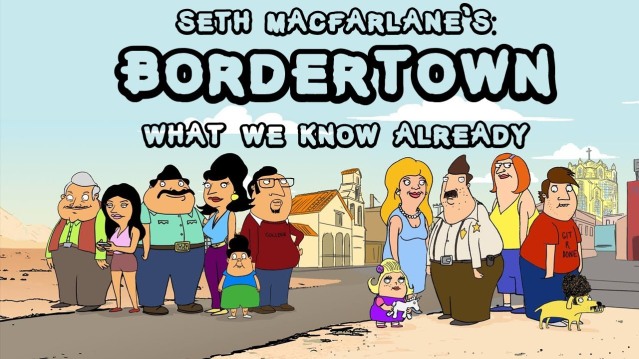 What we think: Bordertown really delivers the laughs in this promo, showing us great characters and clever writing. If you’re a fan of Family Guy, American Dad or Seth Macfarlane then odds are you’ll love this show. From the promo it’s obvious that the show’s humour is going to be similar to its counterparts, albeit with more political incorrectness. And as the old saying goes, if it ain’t broke don’t fix it.

What’s it about: A disgraced retired cop is given a second chance when he is brought back to life as a 35 year old after being murdered. 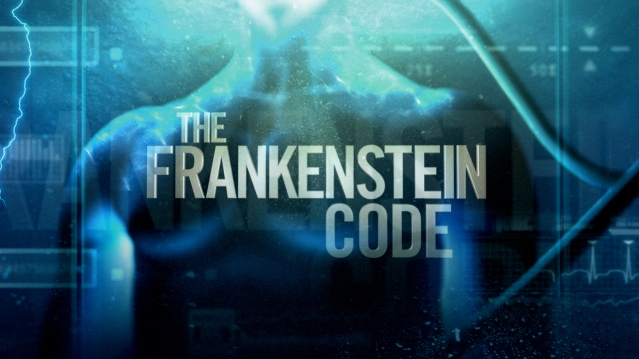 What we think: Whilst I found the trailer a little underwhelming, I still believe that The Frankenstein Code could be a truly great show. The premise is interesting and the characters intriguing. Rob Kazinsky really nails the old man persona and I suspect he’ll be the real breakout star of the show. It’ll be interesting to see how it fares against Lucifer, another police procedural with a supernatural twist.

What’s it about: A long-time bachelor’s life is turned upside down when he finds out that he’s a father….and a grandfather.

What we think: Let’s face it John Stamos could probably charm us into liking anything. And that’s exactly what he does with this promo. Despite being a self obsessed bachelor he comes across as instantly likeable and even quite endearing. You can see Stamos is really enjoying the role and it shines through. As for the promo it’s filled with adorable if not cheesy moments, as well as a ton of great humour. We suspect Grandfathered has the potential to become one of the best new comedies.

What’s it about: After his hit series is cancelled a TV lawyer moves back home and decides to pursue a career in his family’s law firm despite having no training or experience. 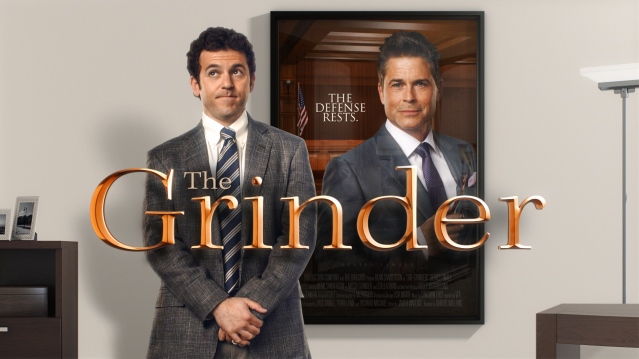 What we think: Here we have another promo made entirely by its lead. Honestly I was a little unsure by the show’s somewhat shaky premise but Rob Lowe manages to really deliver in terms of entertainment. His flawed character and over the top acting really works for the show and it packs in a lot more laughs than I thought it would. The chemistry between Lowe and Fred Savage is one of the standout things of the trailer and if they keep that up Fox could have a real winner on its hands. Bonus points for casting Mary Elizabeth Ellis who is hilarious in everything she does.

What’s it about: Bored by Hell, Lucifer moves to LA and uses his powers to help the LAPD catch criminals. 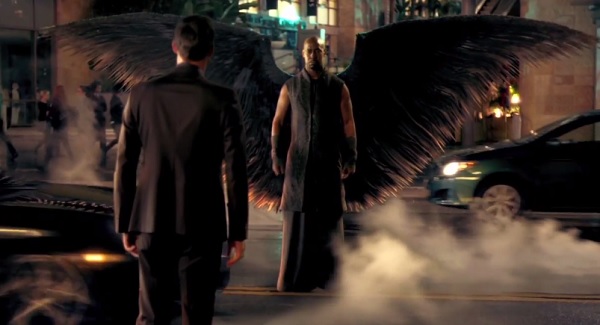 What we think: Just beating out Minority Report, Lucifer takes the award for Fox’s best promo. It’s simply brilliant from start to finish. Tom Ellis is perfectly cast as the Devil and he relishes every moment, something which really adds to the character’s persona. We’re also happy to see Chicago Fire’s Lauren German and Buffy the Vampire Slayer’s D.B. Woodside on our screens again. Both are incredible actors and I can’t wait to see what they do with their roles. Despite having an entertaining as hell (no pun intended) promo there are fears that this show could turn into another Constantine and get cancelled way before its time. Here’s hoping it beats the odds and delivers a kickass season. We’ll be counting down the days till the pilot airs.

What’s it about: 10 years after the end of Pre-crime Dash, one of the Pre-cogs, is struggling to lead a normal life whilst having visions of the future. Determined to use his gift for good he pairs up with a cop to stop crimes before they happen. 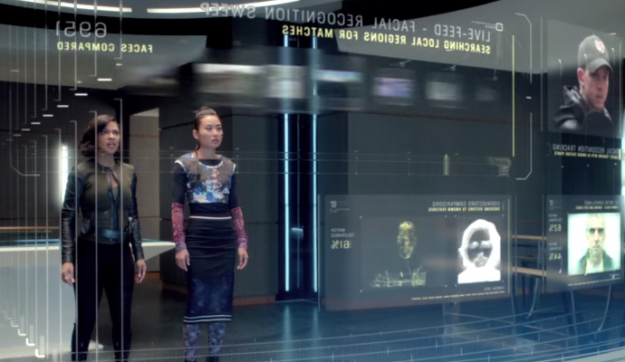 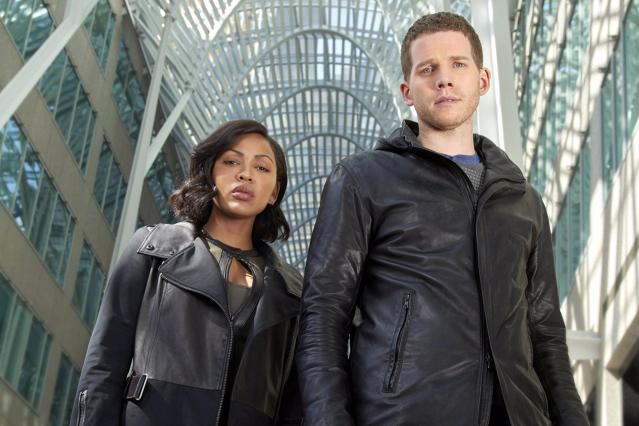 What we think: The promo for Minority Report is epic; it seems as if it should be on the big screen which is apt considering its predecessor. The special effects are great, the action scenes are exciting and the whole concept is fascinating. The futuristic feel is a welcome bonus and I’m eager to see all the gadgets used. This has the potential to be a really clever show, let’s hope the pilot can match the trailer.

What’s it about: A brilliant private pathologist who is determined to live life to the fullest pairs up with a cynical detective to solve crime. 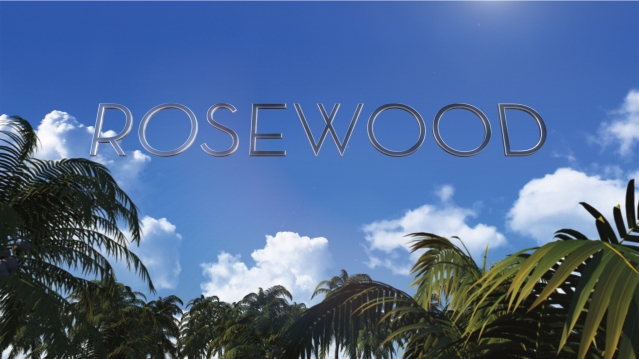 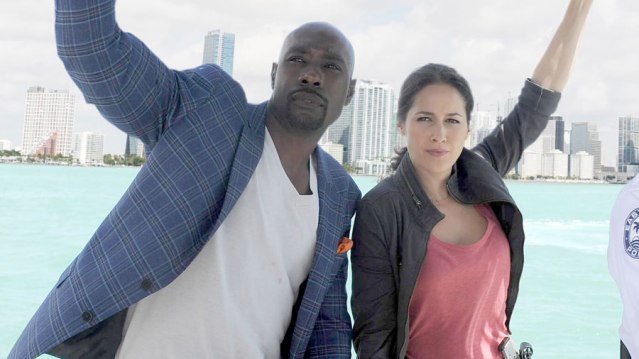 What we think: There’s nothing not to like in the promo. Morris Chesnut is charming as hell, the chemistry between the leads is great and the writing is both clever and funny. However we can’t help feeling like we’ve seen it all before. It’s that age old formula of cynical detective and eccentric consultant. And with so many crime dramas on television we wonder how Rosewood is going to stand out from the crowd.

What’s it about: The lives of those on a college campus are threatened by a series of gruesome murders. 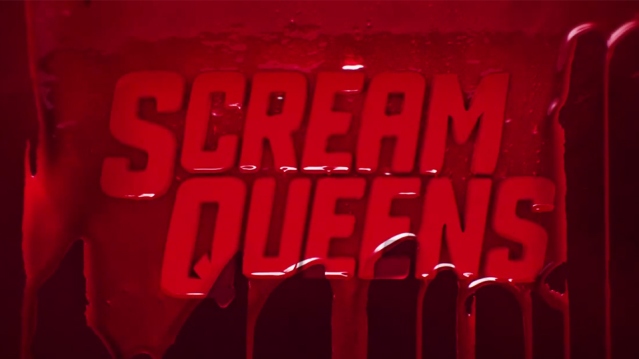 What we think: The new brainchild from Ryan Murphy, Brad Falchuk and Ian Brennan has already created waves with its gory teasers. Finally we have a longer promo and it’s nothing short of brilliant; just the right amount of horror and comedy. Of course it’s totally over the top and campy but therein lies its appeal. Emma Roberts steals the show as the bitchy sorority girl opening the promo with “Good evening, idiots” making us instantly chuckle and we also get a closer look at the rest of the cast. Our only complaint, at 30 seconds the promo wasn’t nearly long enough. We want to see more of Scream Queens.