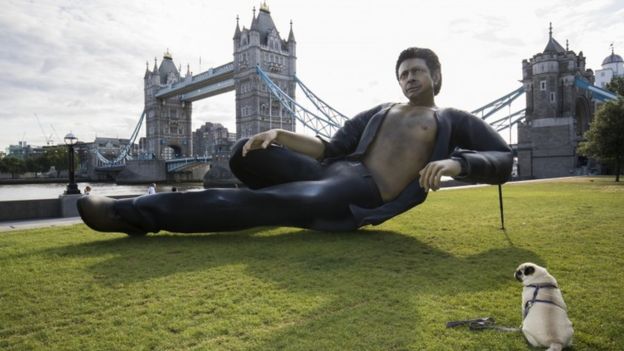 The answer is a statue of Hollywood actor Jeff Goldblum, which is currently lounging about next to London’s Tower Bridge.

This effigy depicts Jeff lounging in his famous open shirt pose from Jurassic Park. Fans of the iconic actor will be able to get their picture with the statue right up until Thursday 26th July. The statue is to mark the 25th Anniversary of the Dinosaur classic

Fans have flocked to the temporary installation on London’s south bank, with one dubbing it the city’s “best attraction”.