The good news keeps on coming, The Preacher was officially announced recently that it was renewed for an expanded second season and now the cast and crew are heading to San Diego Comic-Con International with a special treat for fans. During the panel they will perform a live stage reading of the penultimate season one episode. 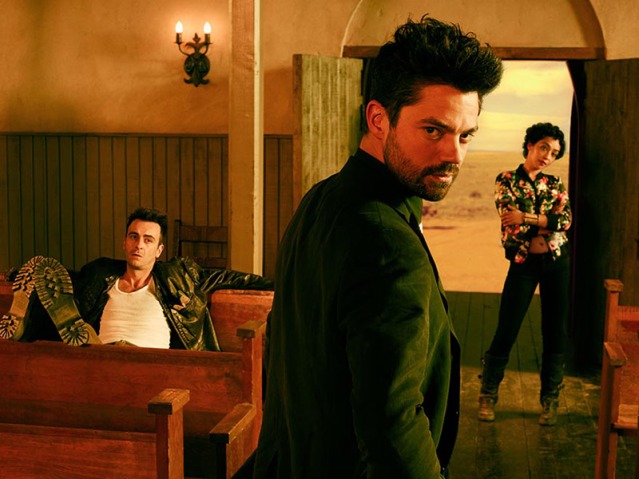 Happy new comics day everyone. If you are wanting something a little different from the regular superhero comics that Marvel and DC put out then I'd suggest checking out the new releases by @dynamitecomics
Thus lasted all if five seconds before Jenny stole it from me. If you are a fan of Squid games I highly recommend you check out the range of products from @zavviuk this blanket just happened to he my favourite
I was left incharge of my nephew and this is what happened.
My Tweets