The Biggest Fight In Movie History Is Back

Back in 1962 the world watched with utter glee as Godzilla and Kong went tow to toe for the first time. East vs West, Lizard vs Gorilla in 2021 the world is going to watch these two titans fight once again, only this time the rematch is going to be of epic proportions.

The premises for this film is:

In a time when monsters walk the Earth, humanity’s fight for its future sets Godzilla and Kong on a collision course that will see the two most powerful forces of nature on the planet collide in a spectacular battle for the ages. As Monarch embarks on a perilous mission into uncharted terrain and unearths clues to the Titans’ origins, a human conspiracy threatens to wipe the creatures, both good and bad, from the face of the earth forever. 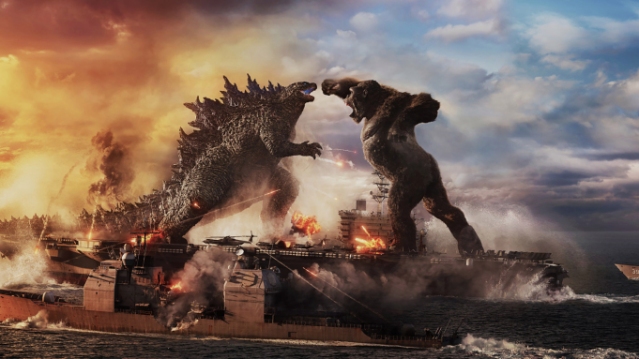 The trailer does not reveal much it does seem like Kong is being brought in to combat Godzilla, though it is hardly a fare fight, Godzilla has the ability to survive underwater and the atomic breathe. Meanwhile Kong is more mobile and has more dexterity.

This is a fight I am looking forward too, even if we all know that they are going to join forces to fight another monster.

Not the flashiest pictures but I was just glad to get back to the cinema last night. @moviehousecinemas did a fantastic job with social distancing and the atmosphere was very relaxing.
I've been looking for something different to watch and came across Uncanny Counter on Netflix
@dynamitecomics have a lot of great releases this week. With not 1 but 2 new #redsonja books. And three fantastic collections for The Black Terror, Vampire hunting fun with Chastity and the awesome cross over of the Evil Dead and Xena.
My Tweets