Any kid who grew up watching the original Transformers film will be aware of Stan Bush, after all he gave us The Touch, which is a power rock classic. Stan is also an Emmy Award winning singer/songwriter  With a new album just out,  “Dream the Dream”, its the perfect opportunity for Stan to make his return to the Nerd World that loves him so and where better to make a return that San Diego, during Comic-Con.

Stan will performing with a few other bands at Brick by Brick, 1130 Buenos Ave, San Diego, CA 92110. So kids if your in San Diego on July 21st 2018 this will be a pretty epic SDCC after party and one for any true nerds. If any of you are curious tickets can be purchased here. 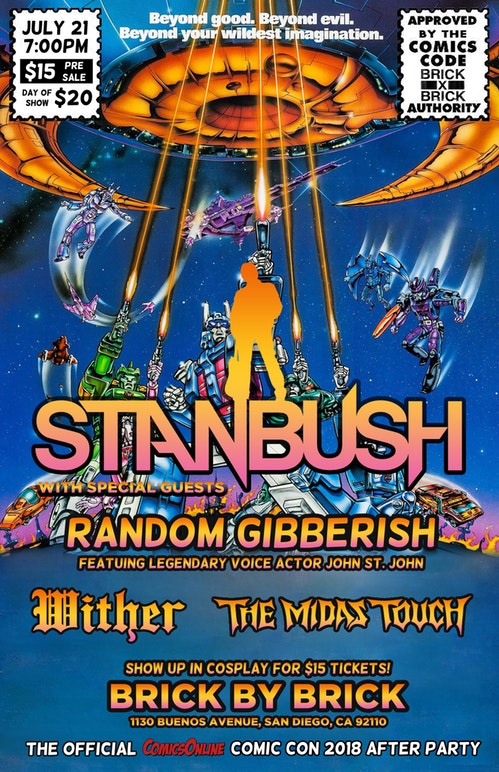 Tagged as: Comic Con, dare, Hasbro, robots in disguise, San Diego Comic Con, SDCC, sdcc 2017, SDCC 2018, stan bush, the touch, Transformers, transformers the movie, you can with if you dare