Van Helsing will descend on San Diego Comic-Con this month to give fans an exclusive first-look at what’s in store for season two of the Syfy action horror series. The panel will be held on Thursday, July 20, 2017 from 3:00 – 3:45 pm in the Indigo Ballroom at the Hilton Bayfront Hotel. Jonathan Scarfe (Hell on Wheels), Missy Peregrym (Rookie Blue), Christopher Heyerdahl (Twilight, True Blood), Paul Johansson (One Tree Hill), Aleks Paunovic (Continuum, iZombie) and Rukiya Bernard (The Cabin in the Woods) will join creator/showrunner Neil LaBute (In The Company of Men, Hell on Wheels) and executive producer Mike Frislev (Fargo, Hell on Wheels) in a Q&A moderated by executive producer Chad Oakes (Fargo, Hell on Wheels). Kelly Overton (True Blood) will join via Skype.

WHAT: Panel discussion on the second season of the SYFY series Van Helsing

Van Helsing is a total re-imagination of a timeless brand, set in a world dominated and controlled by vampires. Season two pushes Vanessa and the other survivors further into the world of the vampire apocalypse, where they discover old alliances have crumbled and new connections expose long-buried secrets about the Rising, the Van Helsing heritage, and the survival of humankind itself. 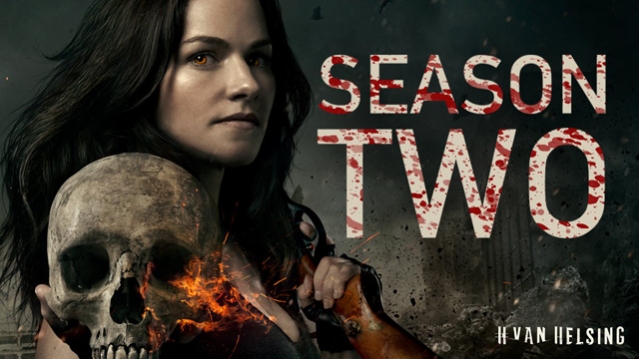 The 13-episode, hour-long drama, will return this fall on SYFY.