Welcome back true believers you may have noticed this but I am kind of a comic book nerd. I really don’t know how it started but I have vague memories of sitting at home on a Saturday afternoon bored and flicking through channels to get away from whatever Nickelodeon had on. At this point I need to mention I was super young, and I came across the marvel power hour, or what ever it was called, from that point onwards I just loved Iron Man, Warmachine and Hawkeye, flash forward to my late teens and I discovered Bruce Lee and how awesome Hong Kong cinema really was. Combining my love of costumed crime fighters and martial arts masters was easy especially with characters like Batman and Lady Shiva, but maybe I am the kind of fan boy who likes his deep spiritual heroes with fists of steel, or in this case Iron, to be a little less ‘dark’, this is where Danny Rand really comes into play. Danny is a picture of so may cool ideas combined into this one badass martial artist. With the first footage of his series being finally released the fans such as myself where left very pleased.

Our first shot of Danny as this shoeless kid that looks like he took to many shrooms on his gap year and I am pretty sure all the fan girls swooned. Unlike the other defenders it’s nice to see someone who is less moody and broody. 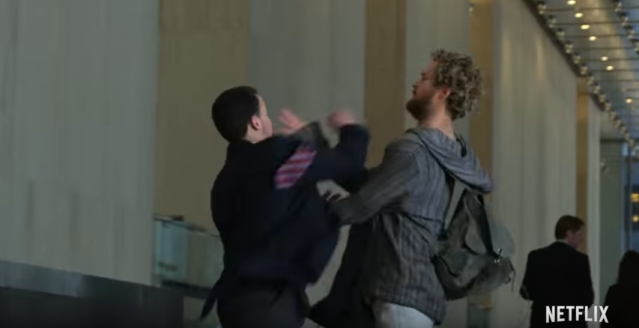 Of course the guy can still kick your ass in a heartbeat.

Don’t worry kid, sure you’re an orphan but you’re a billionaire, I am pretty sure you’re going to end up being a super hero, unless Arrow and Batman have lied to me. 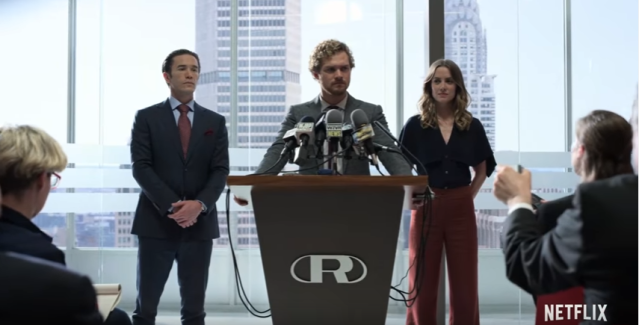 I’m guessing one of the major themes of this series will be legacy and where Danny fits in in his family’s legacy,that and the dude cleans up well. 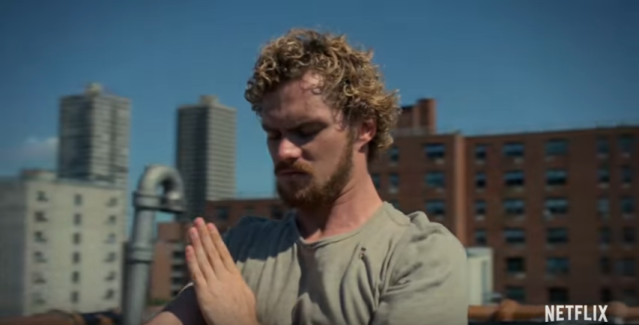 This will not be the last time that I praise the cinematography of this series. But judging by the backgrounds I presume this is going to be in the more upscale areas of New York, perhaps Manhattan, well maybe that’s just me guessing. But still the cinematography is great! I don’t know how but they seem to capture part of New York when they make these shows and that’s what is great about them, especially since that’s how Stan Lee created the characters originally with Spiderman for Queens and FF was Manhattan, it’s nice to see Netflix sticking to this theme. It’s a subtle but nice touch.

If you have seen Game of Thrones you will know that Jessica Henwick is a force to be reckoned with though I am pretty sure she won’t be channelling her inner Nymeria Sand in this role. This time round she is playing Colleen Wing. Wing is a Japanese martial artist who avenged her grandfather’s death with the help of the superhero Iron Fist. After arriving in New York City, Wing befriended former police officer Misty Knight with whom she started a private investigation agency. The two would later form the crime fighting duo, Daughters of the Dragon. As private investigators, Wing and Knight frequently work with Heroes for Hire: Luke Cage and Iron Fist. In the 2010 Daredevil storyline, “Shadowland”, Wing becomes the leader of The Nail, a splinter group of The Hand ninja clan. So you can see that she will really fit into the narrative of the show.

I presume this will be his training in K’un-Lun because well this ain’t no New York Street, though I may be mistaken.

At least we can garantee that the series is going to have plenty of badass fight sequences. 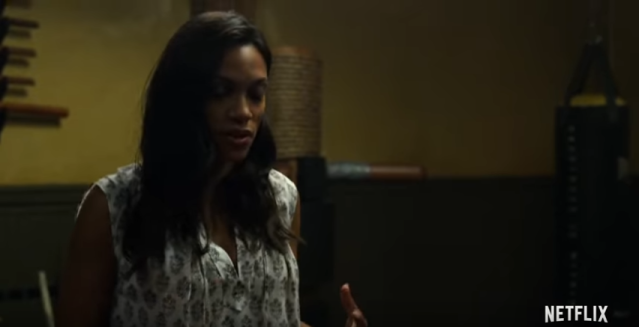 Seeing Claire is always a treat. No matter what she really helps humanise the characters here and bring them together. In many ways she is the viewer’s eyes and ears, plus you know she is just a really great addition to the cast and has always had some of the best lines.

I am very pleased to see the return of Wai Ching Ho, in the role of Madame Gao, and who is possibly the most badass tiny old women drug dealer to ever appear on any TV show. I really hope that we get to unravel some of the mystery’s that she has presented us with. 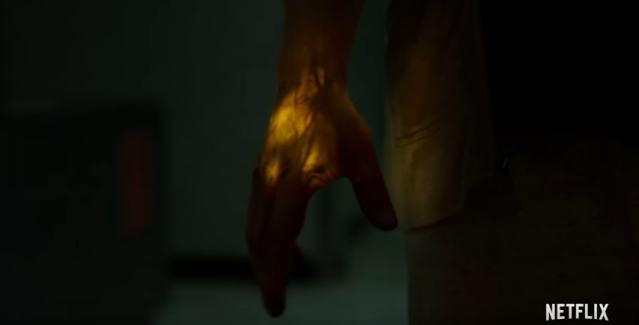 This is our first brief look at the Iron Fist and for the uninitiated this is when Danny channels his chi or life force into his fist to explosive effect.

Like Daredevil we will see the evolution of Iron Fist from his more simple costume to maybe something that will serve as more of a uniform.

This shot is just beautiful, I really have no words, it’s perfectly done and adds so much more to what could have been a bland fight. It just makes it that much more epic.

It seems to be that each series carries its own certain spirituality with it, Daredevil had Catholicism, Jessica Jones was more Nihilistic and Luke Cage drew its depths from the under exposed African American community and that wonderful Harlem vibe, I can only guess that Iron Fist will be heavily influenced by eastern ideas and philosophies, maybe in some ways it could be Marvel’s Journey to the West. I don’t know if this will be as dark as the other three shows in the Defenders series but I do not see any problem with this, as long as it’s a good plot I think everyone can enjoy it.

Part two of my Christmas playlist. And I swear I missed something. There are some I intentionally left off, like Rocking around the Christmas tree, not really a fan and Belle Delphine has ruined any wholesomeness that the song once had.
My ultimate Christmas playlist part 1. We are officially into December and I now have the chance to continuing tinkering with this.
I guess Christmas came early thanks to @dynamitecomics
My Tweets