I don’t think it’s an exaggeration to say that there are few contemporary artists that can illustrate nightmares as vividly as the Swiss sculptor and painter HR Giger. If you don’t recognise his name you will surely be aware of the iconic (and terrifying!) Xenomorph alien from the Alien franchise. This creature, alongside his designs for the architecture and landscape of the original Alien movie, won Giger an Oscar in 1980. This led to a number of other film projects, album designs and commissions bringing both recognition and controversy along the way due to the ‘sexualised’ nature of some of his work. 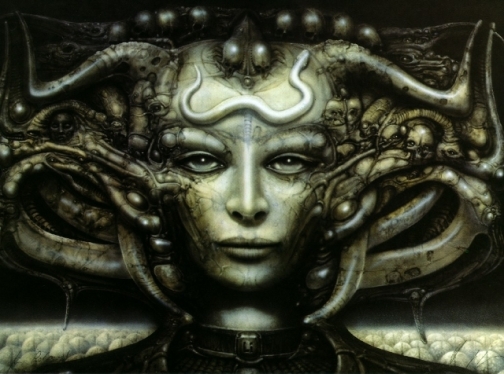 Prior to this, Giger had already an extensive back catalogue of art work developed from his background in architecture, furniture design and his fascination with skeletons. Often working in large scale sculpture, ink drawings and huge imposing air brushed paintings he merged organic forms and machine into grotesquely intricate forms with an enviable level of precision and detail. It is a rare talent to create something that is simultaneous disturbing, fascinating and sometimes beautiful and aside from Hollywood movies and controversial album covers, I hope it is this above all that he is remembered for.

Giger’s work can be viewed best at the H.R. Giger museum in Gruyères, Switzerland, displaying painting and sculpture within his obsessive skeletal architecture. 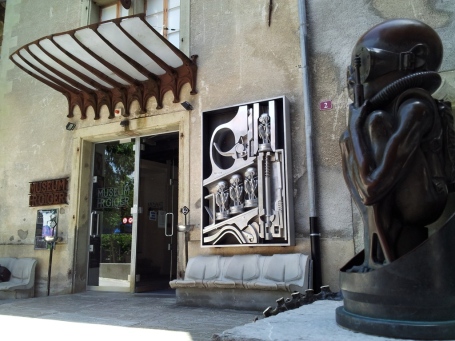 Love or hate his work, his tremendous influence on Sci-Fi and fantasy art is undeniable and of course, will continue on after his passing.