Here at Nerdgeist, we love LEGO. It can provide hours of entertainment, stimulate creativity and has even been suggested to develop fine motor skills. And in recent years it has begun to cater for the geekier amongst us. LEGO have developed sets from films, TV shows and video games. We can build the Millennium Falcon, the Batmobile and Ghostbusters HQ. And as a result of the LEGO Ideas website, fans have more input than ever. Launched in 2008, LEGO Ideas provides the opportunity for anyone in the world to submit an idea for a potential Lego product.

The process begins with submitting a written description of the concept accompanied by pictures of the sample LEGO model, which is then made into a project page made viewable to other users.  Users then have the chance to support the project. Supporting a project doesn’t require any money like Kickstarter, just clicking on the support button on the project page. Users also have the option to share the project across various social media platforms to help drum up more support. If the project gains 10,000 supporters, within a certain time frame, it goes into review. Here, a board of marketing representatives and set designers evaluate the project using specific criteria. Current projects under review include a Sonic Mania set, an Indiana Jones set, and the Chitty Chitty Bang Bang car.

Getting through the review stage can be tough and quite a few projects get rejected. However, if the designers are lucky enough to pass their review, their project will go into production. They’ll be able to give direct input to professional LEGO designers who will create the set, ready for worldwide release. They also will receive 1% of the total net sales of the product, 10 complimentary copies of their LEGO ideas set, as well as credit and bio in the set materials. Successful projects include the Delorean, WALL-E, and a Big Bang Theory set.

The best part about the LEGO ideas process is that anyone can submit an idea, and anyone can lend their support. All you have to do is head on over to their website and make an account. 3 years ago, Nerdgeist wrote an article showcasing our favorite projects. Several of those projects reached 10,000 supporters and went to review with one, the Central Perk Coffee of Friends set, being successful and put into production. With many people stuck inside due to COVID-19 and LEGO a welcome activity for many, we thought now was a great time to make a new list of exciting projects that you can support. 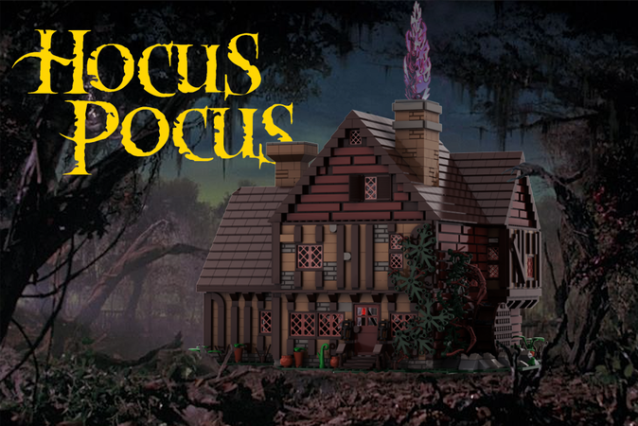 This set brings to life our favourite Halloween movie. Fans of Hocus Pocus will get to build the witches’ home. The set boats an impressive exterior with some very fine details as well as the interior that is full of accessories. All of your favorite characters are included, even a very cute LEGO cat representing Binx.

One for fans of musicals, this set honors the 1986 film adaptation and brings you right to the center of the action inside the flower shop that houses the film’s carnivorous plant Audrey II. The designer really did their research, using images from both the film and various stage productions as well as including details you’d find in a real florist’s shop to make the project truly brilliant.

3. The Shire, The Hobbit hole of Frodo and Bilbo Baggins

While the outside of this project looks great, it’s the interior that sets it apart from other projects. The detail put into Bilbo’s home is outstanding, our favorite being the circular Hobbit doorways. There are 5 rooms, 17 characters and countless accessories. Also, the addition of Gandalf and his carriage doesn’t hurt.

Although this project doesn’t relate to any movies or TV shows, we had to include due to it’s sheer beauty and the creativity displayed by the designer. It is literally a work of art. A tribute to van Gogh and arguably his most famous painting, the set re-imagines the original painting in a 3D scene. As a bonus, a Van Gogh minifigure with paint brush, palette and easel is included.

There are a lot of Brooklyn Nine-Nine sets on LEGO ideas. This one is our favorite as we feel it best represented the series. There are so many references to the show, you can tell the designer is a real fan, accessories include Terry’s yogurt, Algernon the mouse, and Holt’s hula hoop. Also, there is a Cheddar the dog figure so this set is an immediate winner in our eyes.

The Simpsons is such a beloved show, it’s surprising that there aren’t more LEGO sets dedicated to it. This project seeks to remedy that by bringing to life Springfield’s most iconic restaurant. We’re not sure which is more impressive: the colourful and remarkably accurate exterior, or the meticulously well thought out interior filled with features like a milkshake dispenser and a deep fryer. Either way, this set has our support.

Wow. Wow is the word to describe this set. You can see an incredible amount of work has gone into making this. The creator has built a model that has 4 levels and 10 “rooms’ designed to follow all the action is the same order as it was in the movie. Fans will be able to relive all their favorite moments from the movie with this set and all the minfigures included. We’re in awe.

8. The Princess Bride: The Guilder Frontier

One of the smaller ones on the list, this set is simple but ever so satisfying for Princess Bride fans. This project enables you to recreate all your favouritescenes from the movie classic. Whether it be acting out Inigo Montoya’s daring fencing skills or Westley and Buttercup’s romance, hours of fun could be had with this set. 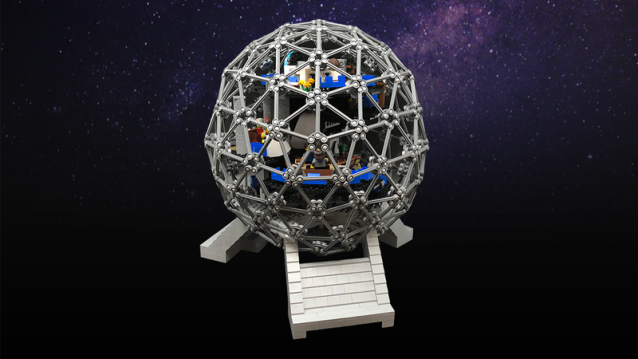 Despite Magic Kingdom being most people’s favourite Disney theme park, we have a secret love for Epcot. And nothing is more iconic in Epcot than the Spaceship Earth ball attraction so we’re big fans of this project. Not only has the designer managed to create an impressive exterior but they have also built the ride inside. There are so many incredible details to this, including the cave drawings, the Egyptians, Michelangelo painting the Sistine chapel, etc. that it feels like you’re looking at the real thing (only smaller).

We didn’t think Schitt’s Creek could get any better until we saw it in LEGO form in this brilliantly executed project. The set includes the Rosebud motel’s check in desk, Moira and Johnny’s room, and Alexis and David’s twin room. All the Roses are included as well as Stevie and Patrick. In addition, there are fun accessories for each character. If you weren’t already sold, the designer (Mark Fitzpatrick) has even incorporated Moira’s wig wall into the set. Fitzpatrick, who was featured on our previous article and reached 10,000 supporters for his RuPaul’s Drag Race set, said this: “I’ve enjoyed recreating the Rosebud Motel in a colorful, playful way that I think is compatible with the LEGO universe. Moreover, Schitt’s Creek is positive, inclusive, and the show’s lovable, oddball characters are ultimately kind-hearted, creative and inclusive. I think these are attributes that marry well with LEGO’s outlook”. We couldn’t agree more