Thanks to Edinburgh International Film Festival I had the opportunity to interview Noel Clarke about his film The Anomaly. He started out as an Actor and his filmography include The Anomaly, I am Soldier, Star Trek into Darkness and Storage 24. and Noel directed and acted in the film The Anomaly. Other films he directed are 4.3.2.1. and Adulthood.  He also has written screenplays including Kidulthood, Adulthood, Fast Girls and Storage 24.

What did you think of Hyena, the Opening Gala Premiere film at Edinburgh Film Festival 2014?

I enjoyed it mostly, it’s weirdly set in the same area as Kidulthood and I thought the ending was interesting. Who am I to comment on his ending, he’s a much more respected Director than I am. You know the Writer is probably more respected than I am. It’s not how I would’ve ended it but it wasn’t my film.

At what point did you come onto the film The Anomaly? How did the story change once you where involved?

I came in at script stage, I mean Simon Lewis had already written it, so he redrafted it. I guess the way it changed a little bit was I wanted to add more of the technology stuff into it. All the segments where there, we didn’t change any of the segments. I bought in the technology stuff because I love Sci-Fi . All the original ideas in Simon’s script was happening but it weirdly wasn’t really a Sci-Fi script, which is why I added the technology and futuristic elements to it. You know I just really wanted to sort of push the boundaries and try and be ambitious, not overly ambitious or above my station, just ambitious with the movie.

How important do you think practical effects is in films? When do you like to use CGI?

In terms of imagery and style would you say there are any constants running through all your films? For example Christopher Nolan likes to use point of views a lot.

I like to use Steadicam a lot, I like stuff that doesn’t cut and can be clever or just a walk down the hallway. I like to try and do different things and that’s what I do with the fight scenes. It was important to me with a film that was going to be invariably compared to an American film without the journalists being smart enough to understand that it’s actually a British film.

I wanted to make sure that the fight scenes where done in a different way and the fact that we tried to do them without cutting the camera. It means it may not be as exciting as some stuff you’ll see where they will drop a frame and cut, cut, cut and it all happens so quickly that the Editor did the fight and not the Actors. We tried to do something where we psychically were going through the stuff. When you see us getting hit in the film, we are getting hit because you can’t cheat it when you are doing it all in one take.  If you make a mistake you have to start all over from the beginning and go again.

Was The Anomaly influenced by another other films in particular, what where the inspirations?

You would have to ask Simon, the Writer, what influenced him to write it. Visually I guess I was looking at stuff like The Raid and Drive, I loved both films but I wasn’t going to try copy them. There are certain moments visually where that corridor or that moment is like that, its like a homage to them. Their catering budget is probably the budget of our film. The fights were inspired by The Raid, which doesn’t do it in one take but it does it have long takes and fights. I wanted to do something different and try and not cut. Imagine we don’t cut, what would happen? It would look scrappy but that’s how people fight in real life. They don’t like (creates fake fight moves such as avoiding a face punch), do you know what I mean? I mean there are moments when it’s not perfect but that’s the whole point.

It’s part of the rawness to it, I did get hit, I did fall down. I mean I broke my jaw and couldn’t close it for days. We did get bruises and injuries but that was the point. So yeah there was definite inspirations but just because I loved those films so much, not that I was trying to copy them or plagiarize or anything like that. I’m just trying to up my game of what I do as well.

Is there any issues in the industry that you are concerned about?

Not really, you know there is always issues. Part of this thing with The Anomaly is like, what people don’t understand about films is that there is no finance without Actors. There’s also when people look at me, he’s putting himself in that film again, if I didn’t do it (other Actors wouldn’t do it as there’s not enough money for them) then you got a bunch of people that can’t finance the film because they’re not international. They don’t have international value like I have because of Star Trek into Darkness etc. Then you fall into the category of people who do have that like me and if don’t put myself in the film then no actor of my persuasion would ever get that role, ever. It would land on someone’s desk and they would go ‘oh I know who’s great for that, that guy from Game of Thrones or this guy from that’ and no Actor of colour would ever get it.

Sometimes I have to bite the bullet and know that I’m going to get slated but at the same time, I play the role so that some kid of colour somewhere could be like ‘do you know what I can be an action hero.’ There’s always going to be people going ‘Yeah, he put himself in that film again but they don’t say that to Ben Affleck. It’s easy to say that’s Ben Affleck but two years ago everyone hated him. I mean why is he always putting himself in stuff, he’s a hero in the town, he’s a hero in Argo and then he wins the Oscar and then they all go ‘I love Ben Affleck, isn’t he wonderful, do you remember Good Will Hunting?’ He’s kind of out of it, I’m still in the middle of it. I know I’m going to get the flack for it but I’ll do it because there will be some kid in his bedroom somewhere who will watch The Anomaly and go ‘I didn’t know I could do that.’

The Anomaly had its World Premiere at Edinburgh International Film Festival on 19 June 2014 but you can still catch the third screening on Sunday 29th June at 6.50pm at Filmhouse. You can buy tickets online here. You can also check it out when it is officially released in UK and Ireland on July 4th 2014. 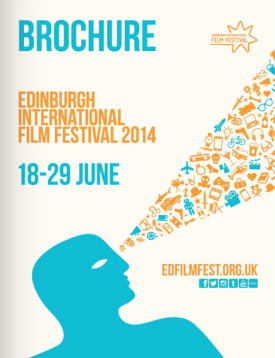