The name may come off as immature but this music is serious and this band is going to be huge. Full disclosure guy’s, before a few weeks ago I had never heard of the F**k Buttons, I had heard them just never knew them (They where at the 2012 Olympic Ceremony). I read a few reviews ranging from calling them the future of sound, to an acquired taste, my curiosity got the best of me and I listened to a few of their tracks on YouTube, but I stopped there. In an almost pretentious decision by myself I decided to avoid hearing their music, they come off as something you need to see live, I was thankfully correct. If you haven’t seen a great Electronic show live then you won’t understand, the band will have a great presence, focused on the music, but the real treat is everything going on around them. 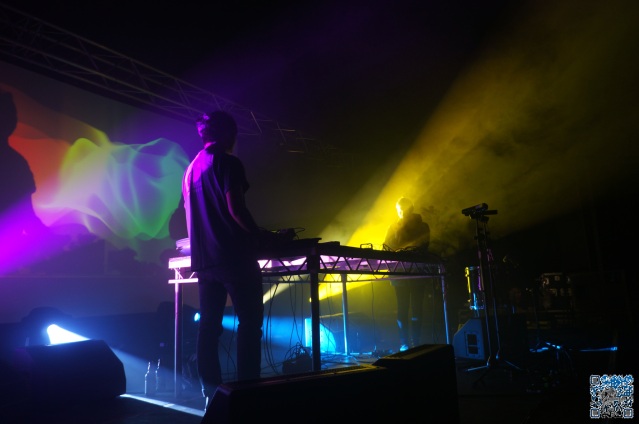 As I mentioned earlier I am relatively new to the F**k Buttons and this was brilliant. The very beat of the music was a real treat:every note was a new experience which I whole heartedly welcomed, combined with the lighting, which was in perfect harmony with the music and you had art in its purest form. You have this loud thumping music, being played out through a sound system that is off the charts, a great venue (a marquee with fairy lights over the roof) an amazing set of coloured strobe lights, hitting of a disco ball on the ceiling of the venue and some trippy projections behind the duo, this was a sensory over load, sight and sound being pleased at every moment.

Their music is instinctive and primal, yet simultaneously out of this world and next gen. It’s this mix that draws a crowd of old and young, there is no pushing or shoving, people either stood back in awe, or danced in the shifting colours. One fan told us – ‘The music really reverberates through me!’

If you’re new to Electronic music this is the act for you, if you’re an old hand and want to go dance then this is the act for you. After seeing them I went out and purchased several of their tracks on my kindle, the music can be euphoric or overwhelming; it’s an unusual and beautiful mix. This was a gig that I won’t soon forget. 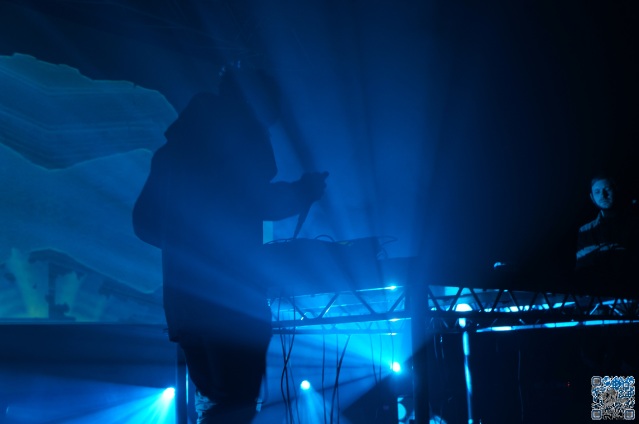