Language Lessons Is The Perfect Film For Covid Times

Before we get into this I will admit that I am a huge fan of Natalie Morales and Mark Duplass I will watch anything that they are in so this film, which they co-wrote,  was an absolute no brainer. That being said this film just looks like perfect film for anyone who has been or is going through Covid. Language Lessons looks to be the sugary treat that we all need in our lives.

The film follows Mark Duplass who plays a man that ends up being gifted one hundred Spanish lessons from his friend. Over time he develops a deep bond with his Spanish teacher who is played by Natalie Morales, who directed the film. 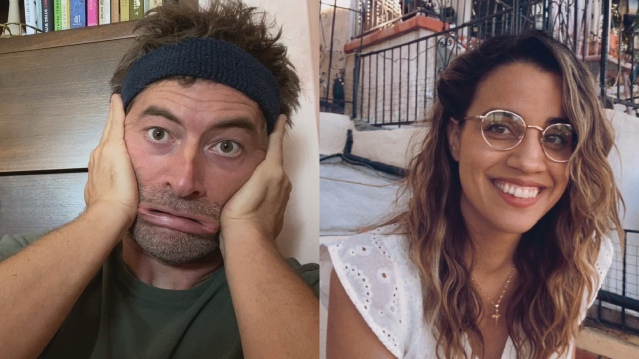 The trailer for this film just shows a very modern story of two people who managed to find each other in a very crazy and weird world. And both leads are just effortlessly likable, so if you are looking for a slower pace of life I would highly recommend checking this film out.

Thus lasted all if five seconds before Jenny stole it from me. If you are a fan of Squid games I highly recommend you check out the range of products from @zavviuk this blanket just happened to he my favourite
I was left incharge of my nephew and this is what happened.
I will never know why Northern Ireland has to celebrate its failures. We have the world the first female pilot.(who built her own airplane), we gave the world the ejector seat and milk chocolate. These things should be celebrated more than the Titanic and Delorean - still the car is a classic.
My Tweets