By now you will all be famailar with the format of these lists. So here we are we made it to 100 – yes 100 geeky crushes and we still have more. Each one of these women are pretty amazing and if you think I missed someone then check out one of m previous lists below.

The Funniest Girl On TV 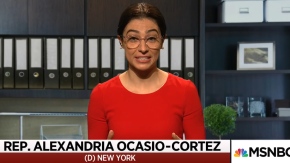 Melissa Villaseñor is an American actress, stand-up comedian and impressionist. She was as am ember on Saturday Night Live, having joined in the forty-second season in 2016. Her other credits include voice work on several episodes of OK K.O.! Let’s Be Heroes and Adventure Time, Toy Story 4 and a contestant on the sixth season of America’s Got Talent. All I can say is yes impersonations can be dull but she makes them hilarious, as comedians go she knows the perfect way to make things edgy without going to far and always knows when to back down from a bad joke.

From The Land Of The Rising Sun 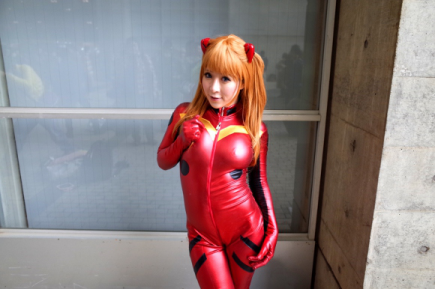 You may not know her but she is one of Japans most famous cosplayer’s and even though many may assume she is famous for her ample bosom it does not do justice to the fact that she is an amazing cosplayer. If you want to see more of her work then check out her Instagram here.

The Third and Final Natural 20 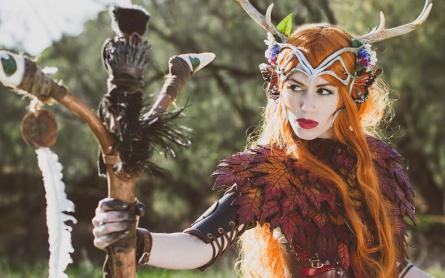 By now you will all know that I am a huge fan of Critical Role and it is a real shame that Marisha is only on our tenth list – but as there is no particular order I feel it is ok. Equal in skill and talent to the other two women of the show Marisha finds her own special ways to stand out. 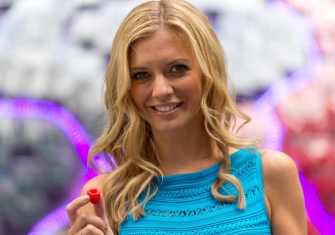 Rachel is a British television presenter and mathematician. She co-presents the Channel 4 daytime puzzle show Countdown and its comedy spin-off 8 Out of 10 Cats Does Countdown.The presenter has quickly developed her own fan base and it is to easy to see why.

This Games Programmer has developed a bit of  a cult following online and if you have played Halo 4, Brothers in Arms: Hell’s Highway, Anachronox or Spec Ops: Rangers Lead the Way then you will be familiar with her work. 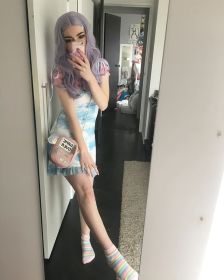 This twenty year old cosplayer is self described as a Belgian/ Australian bean living her dream and honestly we the fans cannot complain because her work is amazing.

You Can’t Beat Her 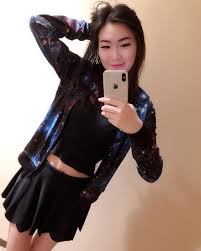 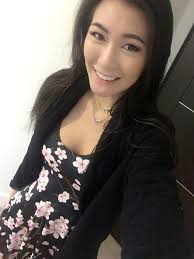 Hafu is best known as a professional World of Warcraft and Hearthstone player but has branched out into a variety of different games too. 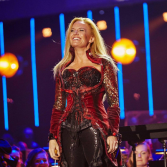 Eímear Noone is an Irish conductor and composer, best known for her award-winning work on video game music. She has conducted the Philadelphia Orchestra, the Royal Philharmonic, l’Orchestre symphonique de Bretagne, the Sydney Symphony, the Danish National Symphony Orchestra, and several other national orchestras. Noone was the first woman to conduct at the National Concert Hall in Dublin, Ireland.

Do You Wanna Play Her Game? 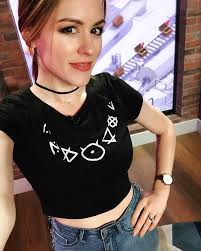 Erin Robinson Swink is a Canadian indie game designer and developer. In 2011, Fast Company named her one of the most influential women in technology. In 2015, University of California, Santa Cruz appointed her creative director of the Jack Baskin School of Engineering’s master’s programme in games and playable media.

All right my friends, 'Gravity Ghost: Deluxe Edition' for the PS4 is out!!

Why Go Virtual When You Can Go Actual 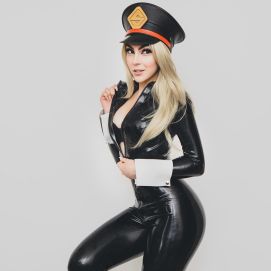 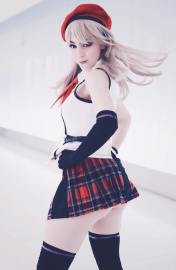 Though I have been a fan of her work for a while I cannot tell you much about this women other than she is an amazing cosplayer and her work is worth your attention.

🍷🕷 Hello October.. You are made of magic!🕷🍷 My Aliensssss It’s been a while 👀 AND YES Halloween content at the first day of October ! 😉👏🏻 But seriously Halloween (🎃) or Thanksgiving (🥧)? Which one is your favorite day? (For the people in UK, you can change thanksgiving with the Harvest Festival). 🤩 Fall has always been my favorite season. The time when everything bursts with its last beauty, as if nature had been saving up all year for the grand finale. 🧡🍂🍁 . P @peterwangphotography Corset and Horn @lasenza . #halloweencostume #devilmakeup #freckles #devilmakeup #makeupgeek #demonmakeup #cosplayerofinstagram #halloweenlook #halloweenmakeup #halloweenmakeupideas #lildevil #cosplaygirl #cosplayerofinstagram #cosplaylife #cosplaygirls #cosplaygirls #girlsofcosplay #cosplayersofig #girlofcosplay #cosplayerofinstagram #cosplaycommunity #cosplayfun #sharemycosplay