Boom! have always had a special talent for crafting unique and beautiful stories.  Unlike the big two they tend to avoid doing the traditional superhero stories and instead focus on original tales that are as engrossing as they are stunning. Ronin Island is one such tale. Set in an alternative reality where 19th century China, Japan and Korea where all ravaged by something known as “The Great Wind”, Ronin island see’s the survivors band together on a new land mass and try to create a life on this once lost island. Their new culture is neither Chinese, Korean or Japanese but instead seems to be a mixture of all. For several generations these people have lived in harmony but all that is shattered with the arrival of a supposed new Shoganate and also some very monstrous creatures, I truly do not know where this series will be going. 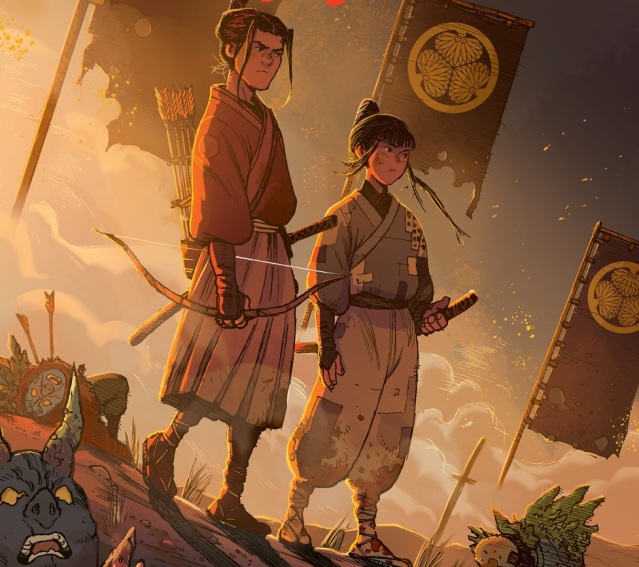 The series follows Hana, the orphaned daughter of Korean peasants, and Kenichi, son of a great samurai leader, have little in common except for a mutual disdain for the other. But these young warriors will have to work together when an army invades the island with shocking news: there is a new Shogun and the Island is expected to pay fealty in exchange for protection from a new enemy…a mutated horde that threatens to wipe out all humanity. 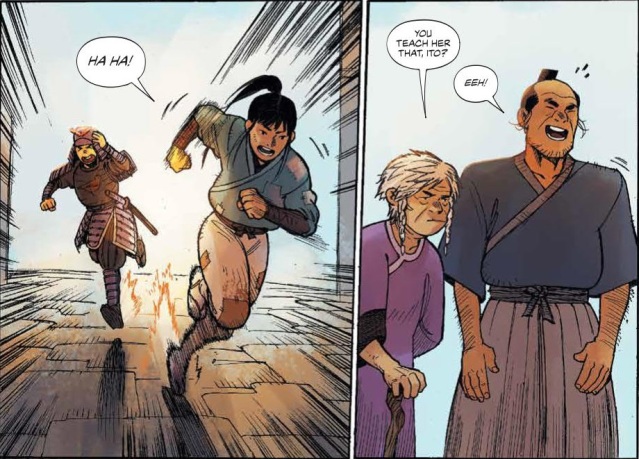 If you are looking for something like you’ve never seen before then this looks to be the series for you, it’s first issue teased us with a wonderful dynamic from our two protagonists and give us quite he dramatic ending, not only that but the fact that none of the characters are white and that we have a male and female lead is important, diversity can never be overlooked. Not only that but the series has been brought to us by the award-winning writer Greg Pak (Firefly, Mech Cadet Yu) and artist Giannis Milonogiannis (Prophet).

As a child of a divided culture that is struggling to move forward from its dark and bloody past I find this story utterly fascinating, not only is it entertaining but as this world becomes more divided their may be some importance in people reading this book.