Scratching that Game of Thrones itch

With Season 7 over and another two years to wait, Season 8 cannot get here quick enough. Being that its the worlds most popular show, I am glad that they are taking their time making the final season and I am glad that we have come this far. Now that winter is finally here and a our watch has began as we the audience patiently wait to see the epic conclusion to one of Televisions greatest spectacles I your humble servant offer up these morsels in hope that they will sate your hunger until its triumphant return. 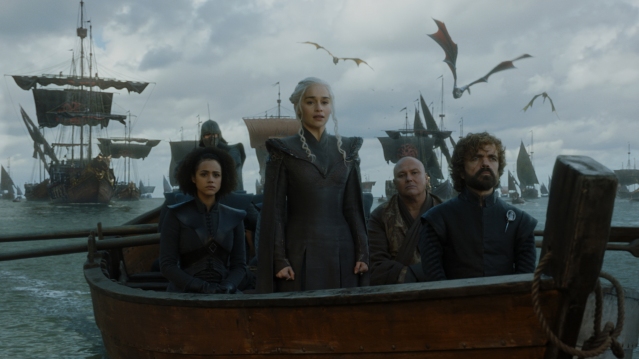 When it comes to television and epic historical fiction the past few years have truly spoilt us with some magnificent programs The White Queen, The Tudors, Spartacus to name but a few. Though none are as huge in scale as Game of Thrones some do come close. Vikings is my particular choice here but the other three are great watches. With Vikings 1 month away from beginning its latest series this really is the time to pick up the show and watch it. The series shows the rise of Ragnar Lodbrook and then the sons of Ragnar, the sons of course are now famous for leading the  Great Heathen Army to descend upon the British isles.

If your looking to scratch that Game of Thrones itch with a book and you have already read the actual series then might I suggest the Tales of Dunk and Egg, these stories are a lot more upbeat than the main plot line and help set up the world of A Song of Ice and Fire, further to this you can get hold of two additional novellas that are written as historical accounts of events that took place long before the events of the A Song of Ice and Fire novels or the Dunk and Egg novellas. The Princess and the Queen, published in Dangerous Women (2013), details the civil war called the “Dance of the Dragons” between Aegon and Rhaenyra Targaryen about the succession to the Iron Throne. A fifth novella, The Rogue Prince, or, the King’s Brother, was published in the 2014 anthology Rogues. It is a prequel to The Princess and the Queen and concerns the life of Prince Daemon Targaryen, Rhaenyra’s second husband.  Another interesting option is the art book The World of Ice and Fire, this is a gorgeous book that will help explain a lot of the series and books plot in greater detail. Maybe your sick of Game of Thrones and want something similar but different, well I would suggest The Stormlight Archive starting with the way of Kings, its a fantastic read and one I thoroughly enjoyed. 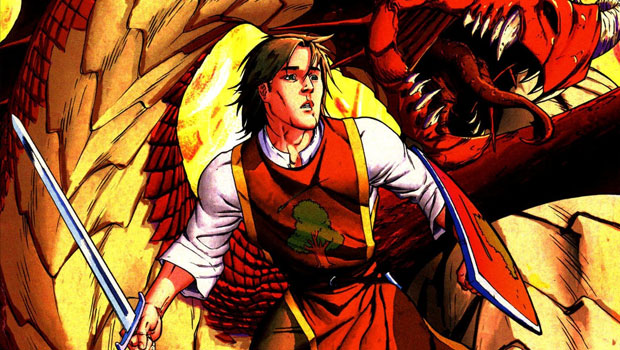 The Tales of Dunk and Eg come in both Novella and Graphic novel format, I would advise either.

Maybe your sick of reading books and watching television maybe you want something a little more hands on, after all video games are the ultimate form of escapism. The obvious choice here would be the re-release of Skyrim, with dragons, giants, an epic civil war, the undead and a cold yet beautiful landscape that will make you think of the North.  Skyrim is the game that will make you feel like your in Westeros, but sadly you wont be in Westeros. Now if you want to experience that sort of game then your best option would be Telltales Game of Thrones game. Game of Thrones is an episodic point-and-click graphic adventure fantasy drama video game, released as 6 episodes following the model of Telltale’s previous adventure games.  The player is able to move their character around some scenes, interacting with objects and initiating conversation trees with non-player characters. Choices made by the player influence events in future episodes. The game switches between the viewpoints of five different characters. The game takes place concurrently with the television series, from the end of the third season until just prior to the start of the fifth season. The story focuses on House Forrester, a family not yet introduced in the television series, but mentioned briefly in the novel A Dance with Dragons. House Forrester hails from Ironrath, a fortress within the Wolfswood forest in the North of Westeros, where they control the valuable Ironwood groves, coveted by many because of the wood’s military importance. The game primarily takes place near Ironrath, but also in other locations on the continents of Westeros and Essos. This one truly is a fun game, you genuinely feel like your part of the narrative and to make this gem that much sweeter it features the characters and voices of : Cersei Lannister (Lena Headey), Tyrion Lannister (Peter Dinklage), Jon Snow (Kit Harington), Margaery Tyrell (Natalie Dormer), Ramsay Snow (Iwan Rheon), and Daenerys Targaryen (Emilia Clarke).

What other game would give you this wonderful option?

Lastly why not go out and see some of the brilliant filming locations there our countless lists online, Croatia was used for the exterior Kings Landing shots, anyw here Green is probably Northern Ireland, you could go to Iceland or Spain for a few of the more obscure choice too and maybe this is just a little too outdoors for you dear friend, so try a convention where you can dress up as your favorite character and hang with like minded people, know knows you may always make some new friends.