Jason Schwartzman portrays Larry, an inebriated sad sack who rides a tide of booze onto the shores of an undiscriminating Quick-Lube. All seems awash, except for the fact he finds himself smitten with the boss, Lupe (Eleanore Pienta). 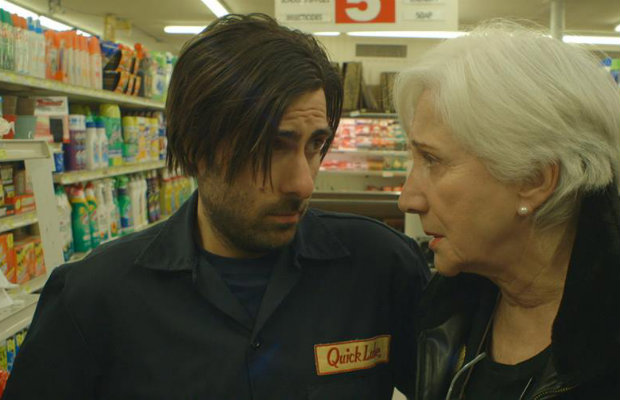 Will Larry keep it together long enough to win the girl, provide for his French bulldog (Schwartzman’s real-life dog Arrow), laze about with his friend Major (T.V. on the Radio’s Tunde Adebimpe), and do his cantankerous grandmother (Olympia Dukakis) proud?

7 Chinese Brothers is written & directed by Bob Byington (Somebody up there likes me) – is empathetic in tone, dry in humor. Schwartzman is in every scene and offers one of his most finely nuanced performances.

Below Jason Schwartzman and his dog Arrow star in these extras from the upcoming independent comedy 7 Chinese Brothers.

As much as seeing everyone quarantined currently sucks but at least my drive home from work had clear roads, gorgeous weather and amazing tracks from the awesome @leeandlie will need to get more of her music for tomorrows drive.
And now I have another game that I want to play ... #persona5 #persona5theroyal #persona #atlusgames #atlus #theroyal #gaming #japan #nerd #gaming
The best way to kill time on my all too peaceful lunch breaks #nintendo #nintendoswitchlite #nintendoswitch #animalcrossing #pokemonswordandshield #pokemonart #pokemoncosplay #pokemon