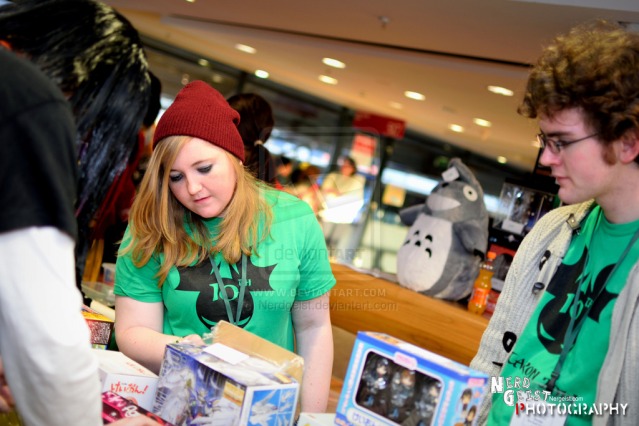 Another year and that’s another Eirtakon over and done with. It’s hard to believe it has been that long, time really does fly by. Of course things are not helped by the fact that time at Eirtakon passes by so quickly. There is always something to do or someone to talk to, this really is one of my highlights of the con circuit.

With consoles including Playstation, Nintendo, X-Box and PCs available, there was digital gaming for everyone. In the Maid cafe you could play some great card games, even then there was some Warhammer to play.

I really am a child at heart, one who loves to play games and one who loves to compete against people, friends and foe alike. Fairtakon was something that seemed utterly pointless and silly and quickly became one of my quirky highlights for the whole convention. Old school games with an odd anime twist in which you get to win tickets in order to win prizes. Our team went on a valiant quest to win 50 tickets for one of our compatriots, it was an hour well spent, even if a little girl was able to totally kick our asses at the wall climb.

As usual with the Irish convention circuit there was plenty of artistic talent, we even saw a few of our favorites from last year including Sean Cunningham. The Irish talent is amazing, with a great variety including drawings, jewelry and even some very unusual creations, there was something for everyone.

Out of all the panel’s I saw at the weekend my favorite two had to be the one on anime fights, which reminded me how awesome Sword of the Stranger and Tenjou Tenge were plus it introduced me to Kill la Kill and Ben To.  Not just that but we even got to see Bryan Cranston in one of his early roles, so that was cool.

Another great panel was ‘raising the next generation of nerds’, this sounds silly but I have to say it was enlightening and wonderful. It was a very personal panel and great for anyone to talk about their experiences in being a nerd and how to be a nerd.

As with any great convention there was plenty of good anime to watch.

Last year the quality of the cosplay really blew me away and this year it just went up a notch, there was so much talent it was really hard for me to take it all in. Though random guy dressed as a Ringwraith in the mens bathrooms, please dont scare me like that again. Back to being serious every time I go back to cons I see fewer and fewer people in store bought costumes and more and more in their home made stuff, I should point out there is nothing wrong with store bought, it’s just really nice to see such creative talent coming out in the world.

Anathiell as Zarina from ‘Tinkerbell and the Pirate Fairy 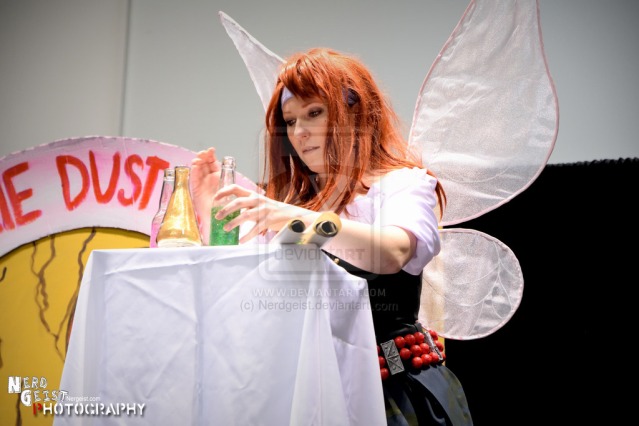 We got to see the cosplayers showing off some excellent dancing skills, thanks to the Batman for kicking it off. 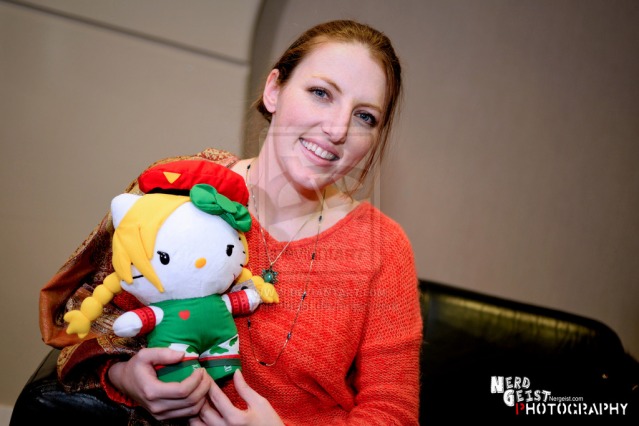 As usual Eirtakon had some fantastic guests, Caitlin Glass being the major attraction, if you’re a fan of anime you will know her as Winry Rockbell in Fullmetal Alchemist and her other works including Ouran High School Host Club, Petra in Attack on Titan; Hannah in Black Butler II; Miria in Baccano; Satellizer in Freezing; Triela in Gunslinger Girl; Vivi in One Piece; Evergreen in Fairy Tail; Yakumo in School Rumble; Miss Anderson in Shin-chan; and Kim in Soul Eater.

You can check out our interview with voice actress Caitlin Glass on our YouTube channel.

If that’s not enough Chuck Huber came along too, you will know him from Dragon Ball Z, Fallout and many other appearances. The other guests at Eirtakon included VenusAngelic and cosplay genius Courtney “Courtoon” Morelock, fortunately for us she had her equally talented friend Missyeru. 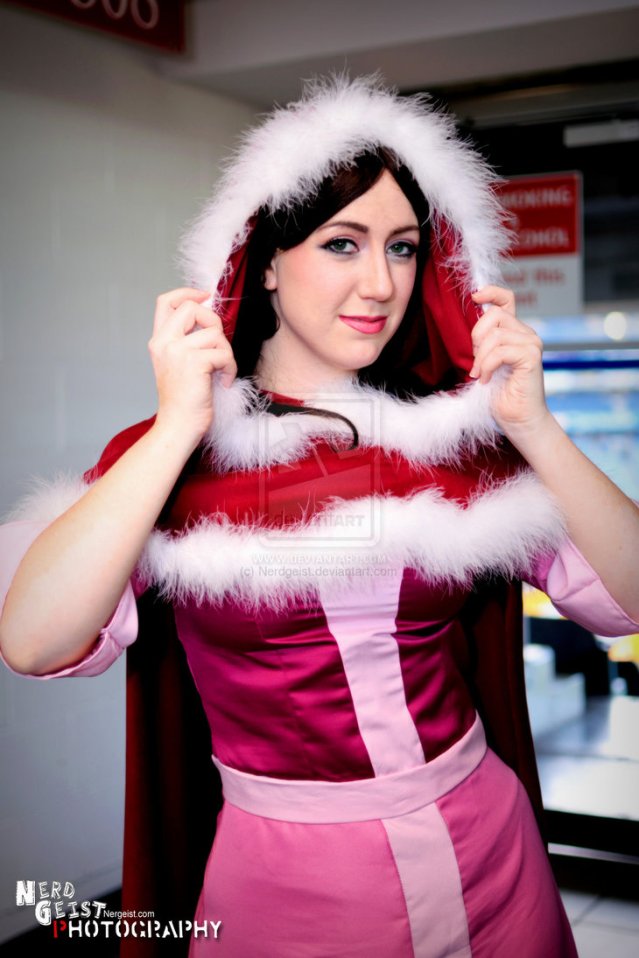 Croke Park is a brilliant location for this type of event. With plenty of space, great colours and lighting, plenty of clean bathrooms, nice halls and a wonderful view of the park, this really is a great space to spend a day in. This year they even rearranged the lay out in order to get a better flow and to keep the crowds better spaced out. You could have a short walk to the near by hotel or shops if hungry though this year they had a much better variety of food so there wasn’t too much of a need to leave the premises, that’s if you even remember to eat at all.

The nights where filled with as much excitement as the days. With cosplay blind date (If it’s not Cilla Black then it’s not really Blind date but I will let it slide). Adding into the mix there were DJs, also a Hatsune Miku concert. Rumors also had it that at night on the Saturday you could get onto the pitch, raging that I missed this. To cap the weekend off there was also a Yule Ball. Eirtakon is definitely the best way to end your November.

To view more photos taken by us at Eirtakon 2014, visit our Facebook and Deviantart websites.

Eirtakon is the largest and longest-running anime and manga convention in Ireland, held every year by the DCU Anime & Manga Society.

Eirtakon features extravagant cosplay events; exclusive anime screenings; special guests from Europe, the USA and beyond; engaging panels and workshops; video, card and board gaming;specialist traders from the UK and Europe; and a general love of Japanese culture.

Check out the official site for more information and for when tickets go on sale for Eirtakon 2015.