Marry Me follows a couple who are ready to take the next step in their relationship and become engaged. However things don’t go exactly to plan and they’re left wondering if they are really meant to be together. Warning there may be spoilers ahead. 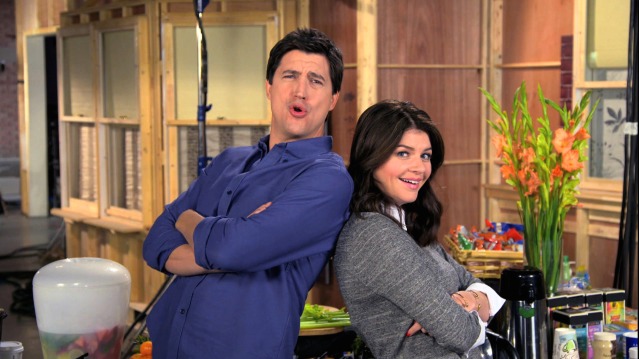 Based on the fact that the show was created by David Caspe (Happy Endings) and seasoned comedy actors Casey Wilson and Ken Marino star in the lead roles I had high expectations for Marry Me. I got a little nervous when I saw its promo, although not bad it didn’t seem as strong as some of the other comedies premiering. Thankfully it really pulled it together for the pilot and delivered a great episode that had me laughing throughout. 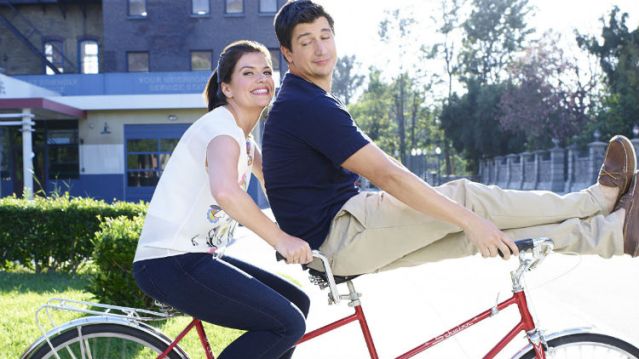 The show opened very strongly with an epic rant from Annie (Casey Wilson) berating Jake (Ken Marino) for not proposing, not knowing that he was down on one knee behind her with an engagement ring. Jake waving the ring around and pleading with her to turn around was brilliant to watch, the frustration on the poor guy’s face when she refused to stop talking was priceless. Despite her rant being a little over the top I suspect that a lot of women will identify with Annie and her frustration at wanting more commitment in her relationship. Plus Wilson is so great in the scene that even though she comes across as a little crazy she’s still totally relatable and likeable to the audience. And that echoes the whole episode for Wilson. Annie’s insane schemes and over dramatic personality should make her an annoying character but somehow Wilson manages to make her come across as hilarious and actually quite endearing. However I would expect nothing less from this very talented actress who, in my opinion, was the standout performer in Happy Endings.

The problem with having someone of Wilson’s ability is that you need someone equally as funny to match her. Luckily Marino is no stranger to comedic roles, starring in shows such as Party Down, Burning Love and Children’s Hospital. And let’s not forget his ingenious portrayal of Vinnie Van Lowe on Veronica Mars. He once again proves how funny he is in Marry Me, being the perfect counterpart for Wilson.

The two have great chemistry together and it really shows in the pilot making their relationship seem very believable. What I love is that they’re polar opposites; her being very theatrical and him being completely laid back. This obviously causes some problems and I suspect will be the source of much comedy in forthcoming episodes. However they balance each other out nicely and by the end of the episode you’re definitely rooting for them to stay together.

When there’s so much focus on the lead actors, especially in romantic comedies, the supporting characters can be overlooked. I’ve found this happening a lot in pilots premiering this season, secondary cast are getting hardly any screen time and as a result are not having a chance to establish their characters. Thankfully this was not the case in Marry Me. The scene in which all of the supporting characters are in their cars after Annie’s rant was a genius move by the writers to introduce them. We got to see a little of their personalities and various quirks, Jake’s mother singing along to Pink was particularly hilarious. I look forward to seeing more of them in future episodes.

Marry Me’s pilot exceeded my (already high) expectations.  The cast are an extremely talented bunch who are all more than capable of holding their own in a comedy show. Their characters are likeable, witty and well written. And the show itself comes across as intelligent yet easy to laugh along with. Let’s hope the forthcoming episodes are as enjoyable and entertaining as the first.

@marvelstudios finally released the first teaser for @shangchi and this one does not dissapoint.
Getting to finally watch Love and Monsters. So glad that @netflixuk got this one, I've been wanting to see this for a while.
This week I was very fortunate to have an interview with Stephen Mooney where we discussed his new Bettie Page series with @dynamitecomics.