Interview with Nigel from Mayamada 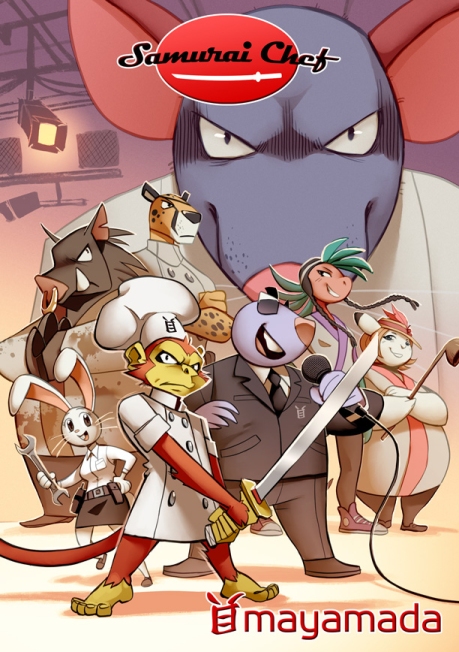 What influence do you think Kickstarter will have on the Comic Book industry as a whole for Artists and Writers?

Kickstarter has been great for opening up new opportunities for people on both sides, creators and backers.  There are more new and interesting ideas being brought to the market which means more new things for the backers to discover.

For the comic book industry, the fact that independent writers and artists can find people around the world to invest in their ideas and help bring them to reality will only expand the variety of titles available.

The way it’s going Kickstarter will likely become better known among the mainstream to the point where the average person will be familiar with using it.  A that point it can start to influence the way larger publishers and retailers look at comics.

If enough people are demanding a particular kind of comic on Kickstarter, then those companies will be incentived to expand the kind of titles they showcase themselves.

Do you think that when a writer goes to write comic that they should be conscientious and open to criticism?

When you’re in the middle of writing I think it should be the opposite if anything.  As the writer you have a story to tell and you should write it.  Once you start worrying about what other people may say then you risk compromising our own vision especially in the early stages.

Once the story is done, then you can think about and even expect and some criticism to come your way.

It’s important to know you can’t please everyone, but constructive criticism can help you improve and that’s a good thing…even though it may be hard to take at the time.

Do you think you that you guys are making a significant contribution to the amount of diversity in the realm of comics? Is there anything you would like to do better?

Our characters are all anthropomorphic and they exists in a fantasy television world so that alone makes what we do different.  It’s early, but as we increase the number of comic titles we want to continue making a bigger contribution to diversity.

We’re also focused on making shorter stories that have a definitive end.  That’s important to us because we’re not trying to be like Marvel, DC or Shonen Jump for example (as good as they all are) with stories that go on for ages.

For example, Samurai Chef Volume 2 is the end of that story…we won’t spoil exactly how it ends though!  Once the story ends we’ll move onto another.

Doing this means we can bring more diversity to our comic offering over time with different stories.  The Samurai Chef is a simpler action-comedy title but 11th Hour (or next story) will be more complex and serious in tone.

You can always do better when doing anything creative.  We’re under no impression we’re the best we can be after our first full comic.

The most important thing we can do right now is to continue working on our other characters and stories so that we improve on our storytelling and character development.

What would you like to see different about the Comic Book industry?

For it and comics to become more accepted and a valid form of reading.  Especially at the education level where in some comics can be the only thing that keeps children interested in reading.

If you can keep that interest at young age than their more likely to expand into other form of reading, but some people can lose interest at a young age and never get back in which is a shame.

Here in the UK at least, comics are still marginalised to an extent.  We want to help change that perception so they’re just another valid form of reading and entertainment. 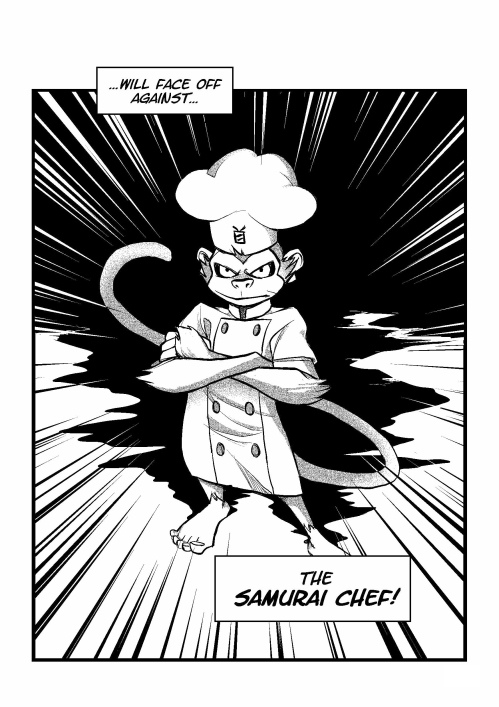 Folks who head over to the Kickstarter page can read your detailed synopsis of the project. But if you could describe in 5 words or less, what would your pitch sound like?

What do you hope readers get from supporting the project?

Aside from the book itself of course, I hope they get a sense of empowerment and ownership in the comic making process because it doesn’t happen without their support.

Which of your rewards are you most excited by?

The framed artwork is exciting for us because it gives us a chance to create something that’s a one-off for people and feels special because it’ll be framed.

We haven’t thought of what the artwork will be yet so if we’re successful we will be able to use our imaginations to make something the backers will hopefully like.

What future projects are in the works?

Once the Samurai Chef story is brought to its conclusion we’ll move on to the next two shows in the mayamada universe: 11th Hour and Hot Lunch.

11th Hour is a mystery story featuring four characters who are strangers to each other but become caught in a plot put in motion by an unknown enemy.

And Hot Lunch is a story centered around a talented team of thieves aiming to bring down a cabal of elite chefs by pulling heists on each one of their protected restaurants one by one.

Is there anything else you would like the readers to know?

As well as making comics we make clothing too.  mayamada is a story driven brand inspired by the anime / manga art style and a mix of clothing comics and original characters. 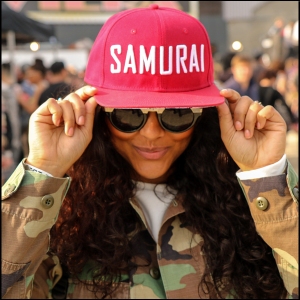 For those that like the Samurai Chef character, we have launched a new line of “SAMURAI” hats with the Samurai Chef himself.  They’re available from our website shop and feature artwork from the comic on the underside of the bill. 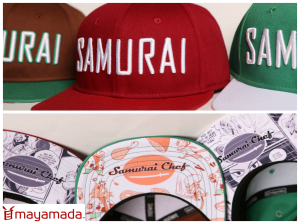 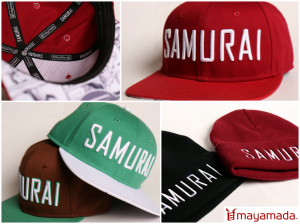 And lastly we want people to know that they can reach us on our Facebook page (/mayamada), Twitter (@mayamada) and Instagram (@mayamadatees) where they can find out more about what we’re up to, or give us some constructive criticism 🙂

You can check out their kickstarter for Samurai Chef Vol 2: Finish The (Food) Fight here.